Bill Self figured Wayne Selden Jr. would bust out of slump 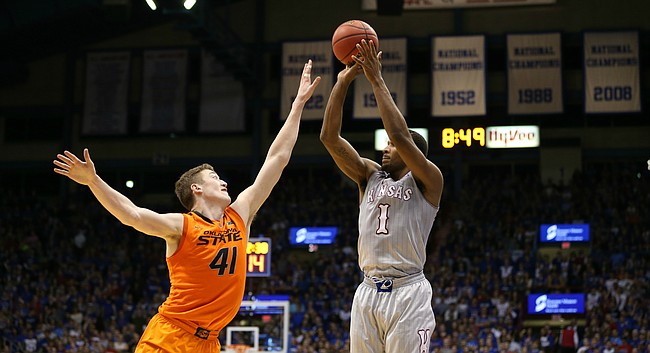 Kansas University basketball coach Bill Self had an inkling Wayne Selden, Jr., would have a productive performance against Oklahoma State on Monday night in Allen Fieldhouse.

“I could tell his shot was on today at shoot-around. He was shooting with confidence,” Self said after 6-foot-5 junior Selden busted a slump by scoring 18 points off 4-of-7 three-point shooting in KU’s 94-67 victory. Overall, he hit five of 12 shots and four of seven free throws.

“He had a chance to have a better line than what he did,” Self added.

Selden had scored 22 points total the previous four games since his 33-point outing versus Kentucky. He had hit nine of 28 shots in that span. 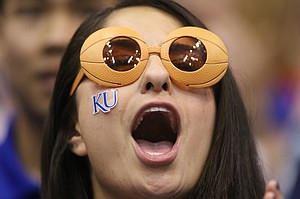 “It felt good to see it go in the hoop. I’ve been shooting like I’ve always been, waiting for it to go in,” Selden said. “My teammates kept telling me to shoot.”

Of KU’s play, Selden said: “For the most part, I think we can push the tempo a little more. It’s all about that initial getting the rebound and pushing the ball the first few dribbles to set the tone.” 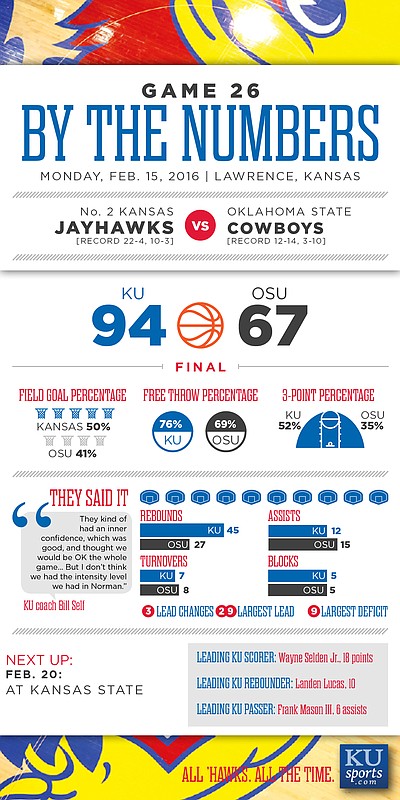 Let's hope this was the beginning of Selden pulling himself up for the stretch run to win XII and carry into the Tournament.

If we can get Selden, Ellis, and Mason clicking on all cylinders to go along with these new guys we have....Graham and Lucas....wow...just wow.

KUSPORTS.COM HOW HAVE YOU NOT WEEDED THESE PEOPLE OUT?!

The scoring by Selden was sure a bonus tonight. Yet, I was more impressed by his overall level of effort...particularly on defense. He seemed a little more revved up. When he gives the effort he can elevate his game from pretty decent to really good.

I was very pleased to see Wayne find his stroke again. But I would have rejoiced if he had created more for himself instead of settle for being fed for the three.
Such a complaint is all I can muster when a team is winning like the Hawks are.

You've summed it up pretty nicely, Suzi. If that happens, we should be peaking at the right time.