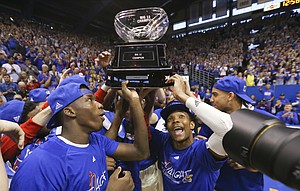 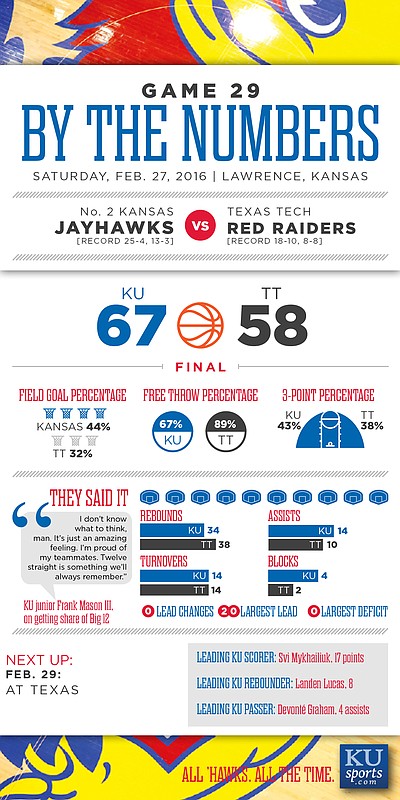 Proud of the program, and well-played move by Self to bring in former players to present the conference trophy to the team.

Classy way to handle the trophy presentation. Coach Self is a class guy. I'm glad he gave in a little to celebrating the tie at AFH, since Monday's game is away and no guarantees about either game left.