It's time for the second installment of this summer's Most Crucial Jayhawks list and, after starting off on the offensive side of the ball at arguably the most important position on the team on Monday, we hop over to defense for No. 24.

When you're coming off of an 0-12 season, every position is important. And while KU's defense should feature an improved group of players with decent experience, the KU coaching staff (and fan base) is always looking for ways to add top-tier talent to the roster.

That, regardless of how it arrives, would expedite KU's battle to rebuild the program and, also would give the Jayhawks and their fans something to get excited about.

That brings us to No. 24 on the list, a true freshman from Oklahoma, who promises to excite and plans to deliver, not just during his Kansas career, but as soon as he steps onto the field for Game 1 as a Jayhawk on Sept. 3. 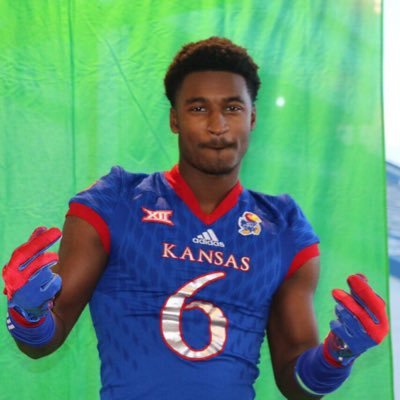 When it comes to playing cornerback in the Big 12 Conference, the target is always on your back, there are no down times and all eyes are on you from start to finish of most conference games.

That’s what makes the addition of Kyle Mayberry so important to this Kansas squad and why so many people in the program and in Mayberry’s camp believe the top-rated cornerback in Oklahoma in the prep class of 2016 may be a star in the making with the Jayhawks.

Tall, physical, long and athletic, Mayberry’s skill set transfers well to the Big 12, where he will face world-class athletes week after week disguised as wide receivers.

However, while Mayberry is gifted in all of those physical areas, his biggest strength might be his confidence. This young man believes he can cover anybody at any time and, upon meeting fellow-Oklahoman and former Jayhawk Chris Harris at Harris’ camp a couple of summers ago, Mayberry told him, point blank, that he was the best CB in the state.

“He asked who I was,” Mayberry told the Journal-World earlier this year. “And I told him I was the best cornerback in the state of Oklahoma. He said, ‘Oh, really.’ And then that season I had a great year, and he found out I really was.”

Mayberry, who goes by the nickname "Money," has the talent and skills to challenge for a starting spot immediately. The big question surrounding how successful that quest will be comes in the form of how quickly Mayberry will adjust to college life, the speed of the college game and KU’s defensive schemes and game plan.

If that comes as naturally as making plays did during his high school career, Mayberry could make a big early splash and that could pay big time dividends for the team. Even if he doesn’t, it’s easy to see Mayberry playing a significant number of snaps in a reserve role, rotating into the cornerback mix with Brandon Stewart, Marnez Ogletree and Stephan Robinson among others.

Although he won’t be in the spotlight off the field because of KU’s policy against freshmen talking to the media, Mayberry easily could find the spotlight on the field and could quickly develop into a fan favorite if his play holds up.

He has one of the brightest long term futures in the program and if he can get off to a solid start in Year 1, it would go a long way toward helping KU field a much more competitive team in 2016.

Projecting ahead, it will also be interesting to see if Mayberry can contribute on special teams or, possibly, in some special offensive sets. If he's good, there is opportunity all over the field.

Excellent point. I've heard his name mentioned several times when it comes to punt returns. He sounds like a dynamic player.