Kansas forward Billy Preston (23) sits on the bench during the second half on Friday, Nov. 17, 2017 at Allen Fieldhouse.

Three games into the season, freshman Billy Preston still hasn’t made his debut for Kansas basketball.

As was the case earlier in the week versus Kentucky, in Chicago, KU head coach Bill Self kept the 6-foot-10 McDonald’s All-American out of the lineup, as the university looks into a potential compliance issue with a vehicle Preston was driving during a single-car, no-injury incident this past weekend.

Following the Jayhawks’ 98-64 victory over South Dakota State Friday night at Allen Fieldhouse, which Preston watched from the bench, Self said no progress had been made on the matter.

“No. Not to my knowledge,” Self said during his post-game press conference. “I haven’t heard anything to that regard from my administration.”

KU officials have not offered specifics on what the compliance department is reviewing, other than it wants to obtain "a clearer financial picture specific to the vehicle." Compliance officers can review many matters, including whether players have received gifts or other items that would be an impermissible benefit under NCAA rules.

After finishing his prep career at Oak Hill Academy (Va.), Preston was ranked the No. 10 player in his recruiting class by Rivals.

Self also held Preston out of KU’s season opener, Nov. 10, due to Preston missing curfew and class in the 24 hours leading up to the game.

The last time Preston suited up for Kansas, he scored 11 points in 23 minutes against Fort Hays State, in the team’s final pre-season exhibition.

Since the incident with his car and KU’s ensuing wait-and-see approach in regards to making him available, Self said Preston has handled things “pretty well.”

“I think he’s been pretty mature,” Self said. “He’s obviously disappointed and frustrated, as everybody is. But I think he’s handled it better than I probably would if I was a kid in his situation.”

this basically sucks for everyone.

How difficult can this be if there is no problem? The longer this goes on, the more of a headache this can potentially become. We have three more cupcakes before our next challenge against Syracuse in Florida on Dec 2, 2017.

That is essentially two weeks from today. If things aren't resolved by then, then I am afraid that Billy's career at Kansas will, at the very least be shorted a significant number of games [maybe till the first conference game against Texas on Dec. 29th. That would be a 12 game hit.]

Pretty obvious the car is an impermissible benefit because the NCAA cartel and member institutions have deemed it that way.

I suspect they know where they car came from and now are waiting on an NCAA ruling as to whether it's impermissible benefits or not. And, as is typical of the NCAA, it will drag on and on before they finally make a decision.

Ugh, not good. Here is to hoping De Sousa can get on board second semester. If the evil empire NCAA allows it. Rock Chalk

The NCAA always screws KU and gives them the nuts and bolts. I guarantee you if it were Dook or Kensucky, they would make sure it was resolved favoarably. I can remember the little stink with Terrence Jones' 'car' which was quickly dismissed as a gift from his grandmother, wink wink right. Oh and btw they won the NC in 2012 with Jones. Yet UK gets away with murder and the NCAA is turning a blind eye. They are clean as virgin and shiny as a baby's butt. They have the perfect record. Yet look at how many issues other programs are having around the NCAA. I won't even mention N Carolina's little mess that was nicely resolved by the NCAA.

How many players has the NCAA screwed KU with? Embiid, Diallo, Alexander, Selby...who else? UK never imposes any discipline with any player. The only player that had issues was Kanter, and they even defied the NCAA by allowing him to sit the bench and even attend practice while his status was investigated. They obviously ruled against him, and he never played a game, but he's the only player. John Calipari will NEVER Self-impose any suspensions or discipline by sitting any player.

I will be shocked if they resolve Preston's issue and allow DeSousa to play next semester, even when he will be deemed eligible. The NCAA bends over backwards for UK, UNC, and Dook for everything.

No bueno. I hope I’m wrong, but I don’t think we will ever see Billy playing for KU. How many of you could not produce documentation as to the ownership of any car you might be driving within a few hours. If they need proof of how or who paid the vehicle that could potentially take a bit more time, but not this long.

If the administration knew that it was legit-and could back it up-they would go ahead and play him regardless of a ruling from the NCAA as they would be confident in the ultimate outcome. Clearly they don’t have that confidence!

Obviously, this is more serious then anyone had imagined when first reported.

As a fan, I'm extremely disappointed and frustrated with all this nonsense.

What is the deal? First, Cliff Alexander, then Cheick Diallo, Carlton Bragg and now Billy Preston.

In addition, to the players mentioned above, we have a large number of players leave the program

I've been a fan for 34 years and I've never seen this much problematic controversies with the program.

Sometimes I wonder, what is the root cause of the problem?

At some point, we have got to figure out the root cause and address it.

Kansas has always been a great program and always will be.

At this point, get rid of the root cause no matter the stature or accolades

Between Alexander Diallo and Preston we certainly have hit the trifecta of recruits with baggage.

Most of those were and are Self-imposed by the program in the attempt to prevent any issues. The NCAA has never awarded KU for taking care of issues in house. In fact, they usually go a step further and penalize us further.

The rumor or closer is Preston will never play.

So who plays first for Kansas, Silvio or Billy Preston? I'm going with McCormick

That loan that Alexander took out was from a company connected to human trafficking, specializing in overseas "adoptions".

Well say whatever needs to be said, but it's not looking good at all. I'm ready for the bad news any day about Preston. How in the hell does he get an impermissible car? GEESH

Certainly, no surprise considering the recent track record Bill Self has had with incoming bigs. Still not sure what the problem was with the car Preston was driving. 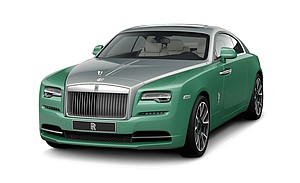