Gary Woodland battles to make the cut at 2021 U.S. Open 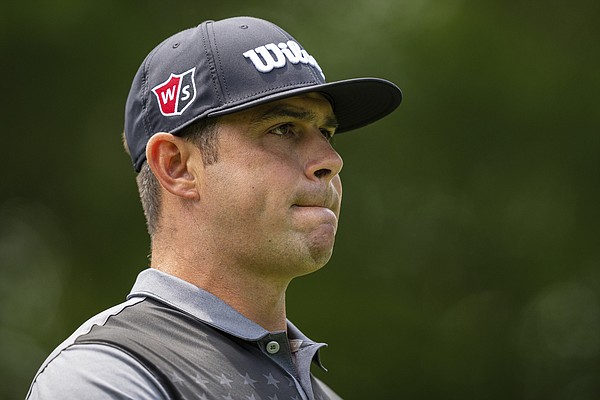 Gary Woodland looks down the fairway on the second hole during the third round of the Wells Fargo Championship golf tournament at Quail Hollow on Saturday, May 8, 2021, in Charlotte, N.C. by AP Photo/Jacob Kupferman

Former University of Kansas golf standout Gary Woodland battled his way to an even-par 71 on Friday at Torrey Pines to earn two more rounds at this year’s Open.

Woodland, who shot a 3-over 74 on Thursday, flirted with the cut line throughout Friday’s round and just made the cut at +4 for the tournament. Golfers who shot +5 or worse through the event's first two rounds were sent home for the weekend.

Starting on the back nine on Friday, Woodland opened his round with four pars and a bogey before recording birdies on three of his final four holes on the front.

His fortunes were reversed on the second nine, however, as he carded three bogeys in his first five holes before snagging a birdie at No. 7 to safely stay above the cut line.

Woodland, who won the 2019 U.S. Open at Pebble Beach, enters the weekend nine shots behind co-leaders Richard Bland and Russell Henley, who lead by one at 5-under.

Hey Brett- are you going to let Mr. Landon upstage you like that? He's doing you better than yourself. better step up your game! :)