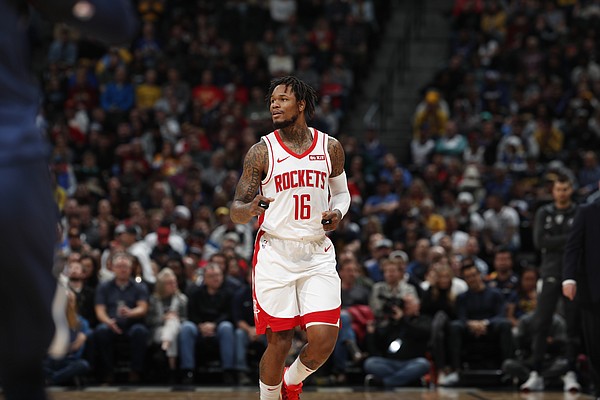 Former Kansas guard Ben McLemore is headed to Portland this offseason, where he’ll be playing for his fifth NBA team in nine seasons.

Rather than struggling with the idea of being a journeyman veteran who has yet to find the right fit, McLemore embraced it.

“I’m ready,” he said after last week’s Rock Chalk Roundball Classic game in Lawrence. “I’ve got two months to get ready so I can get this thing rolling with Portland.”

Originally drafted by Sacramento with the No. 7 overall pick in the 2013 NBA draft, McLemore has played for the Kings in two separate stints and also spent time in Memphis, Houston and Los Angeles with the Lakers.

He said last week that it still feels like yesterday when he was inside Barclays Center in Brooklyn, New York, hearing his name called by then-NBA Commissioner David Stern.

“I’m going on year nine,” he said while shaking his head. “This is my fifth team. Every year is something special.”

This year, McLemore, who also hosted a youth clinic in the area before last week’s Roundball Classic, believes that “something special” will be a trip down memory lane.

“I’m going back to 23,” he said of changing his jersey number back to what he wore at Kansas and with Sacramento and Memphis.

He wore No. 7 with the Lakers — where he teamed with former KU forward Markieff Morris during the 2020-21 season — and No. 16 with the Rockets.

McLemore joins a Portland squad that features one of the league’s most prolific scorers in superstar guard Damian Lillard.

“I’m in a great situation in Portland,” McLemore said. “I’m ready to take the opportunity that was given to me and go out and perform at a high level for those guys. I’m a Portland Trail Blazer and ready to get this new chapter in my life going.”

McLemore averaged 7.7 points and 1.9 rebounds in 21 games with the Lakers last season. For his career, he owns averages of 8.9 points and 2.4 rebounds while shooting 36.3% from 3-point range during his first eight NBA seasons.

Asked about his time with the Lakers, where he teamed with Anthony Davis, who was on the Kentucky squad that beat Kansas in the national title game in 2012, McLemore said it was “a dream come true” to play with his idol, LeBron James, and close friend Davis.

As for whether that 2012 title game in New Orleans would have been different if McLemore had been eligible, he said the topic has come up a lot between him and Davis throughout the years.

“We’ve had this conversation,” McLemore said. “Me and my friends, teammates, former teammates. If I was on that team it would’ve been definitely different.”

McLemore also still holds high regard for Kansas coach Bill Self, who is set to enter his 19th season in charge of the KU program this fall.