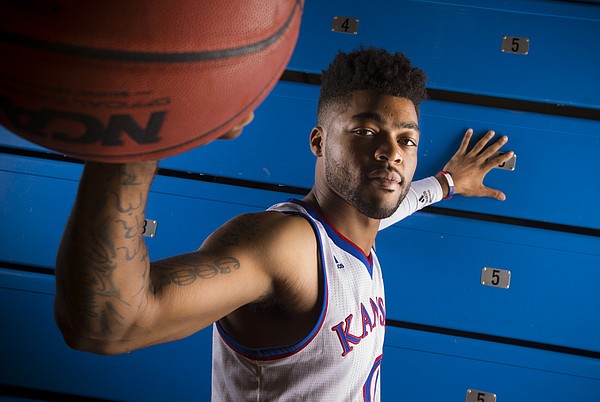 It may still be early — although the halfway point of the 2016-17 regular season has arrived — but Kansas senior Frank Mason III has put himself in position to do something generally considered unthinkable under Bill Self at Kansas.

And he’s doing it in a way that is getting a lot of national pundits and die-hard college basketball fans to take notice.

He has become a regular fixture in national player of the year conversations around the country and seems to get more and more serious consideration for first-team All-American honors by the game.

Sixteen games into his senior season, Mason is averaging 20.4 points per game for the 15-1 Jayhawks, who have raced out to an early lead and 4-0 record in the Big 12 Conference title race.

If Mason is able to hold that average — or perhaps even improve upon it — he would become just the second Jayhawk during the Bill Self era to average more than 20 points per game during a single season. The first? Former All-American Wayne Simien, who averaged 20.3 points per game during Self’s second season in town.

The average of the eight different players who have led KU in scoring during Self’s first 13 seasons in charge is 16.3 points per game, a number that KU’s leading point producer topped during just seven of those 13 seasons.

While nothing is guaranteed for Mason or the Jayhawks the rest of the way, topping 16.3 ppg seems likely and his pursuit of a 20-point season or better also seems well within reach given the way this team plays and the make-up of the supporting cast around him.

The Jayhawks were led in scoring by a big man five times during that 13-season stretch. But with no real offensive threat in the post to throw the ball into and run offense through, this team’s action will continue to go through its guards. More often than not that will mean Mason, who has the ball in his hands more often than any player on this team and also is the player the Jayhawks automatically look to late in the shot clock, late in games and with the game on the line.

He beat Duke with his game-winning jumper in New York City and was the No. 1 option in the final seconds against K-State.

Self has had a true point guard lead his KU teams in scoring just twice during his first 13 years in Lawrence — Sherron Collins did it in back-to-back seasons in 2009 and 2010. In addition, KU’s lead guard has finished in the top two on KU’s season-scoring list twice, Tyshawn Taylor in 2012 and Mason as a sophomore.

None of this matters, of course, to KU’s bottom line, which is winning and doing whatever it takes to make that happen. Heck, if Self and the Jayhawks could find a way to ensure victory by getting freshman forward Mitch Lightfoot 25 points a game, they’d do it — in a second.

The unselfish nature of the players on the Kansas roster and the win-at-all-costs mentality of the man leading them make this about more than any one player or specific agenda.

But that unselfish tone, which has been a core principle of Self’s Kansas teams and a big reason why each season’s leading scorer has averaged in the low-to-mid-teens more often than not, is also the same thing that makes Mason a candidate to challenge the 20-point mark by season’s end.

His teammates are smart. They know he’s locked in right now and, more importantly, that few people in the country can stop him. So electing to get the ball to their senior leader is an easy choice and an often profitable decision.

No one, least of all Mason, is going to force the action to try to get his. But the way this season is playing out and the way Mason is performing, his may come one way or the other.

Wow, always incredible to look at those numbers from 08. Possibly the most balanced team of all time.