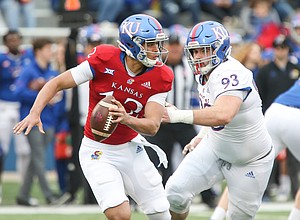 KU OC Andy Kotelnicki breaks down how the Jayhawks can get better & what they'll do vs Duke pressure by KUsports.com

He’d probably make a good safety. So nice to have his versatility and commitment.