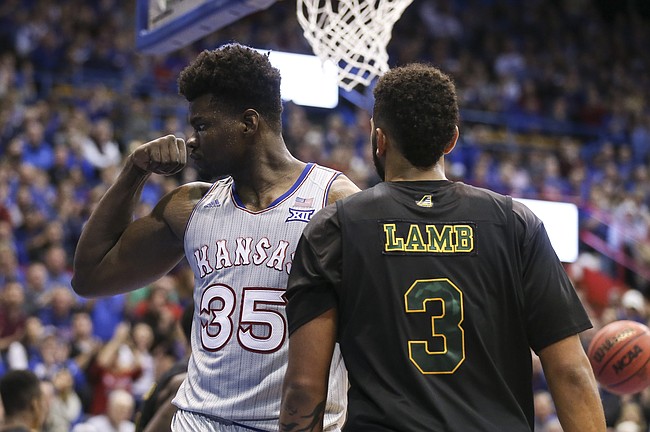 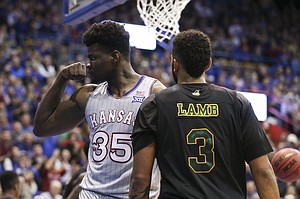 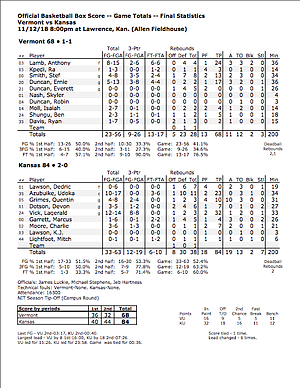 I'm with Dick Vitale on this one: Kansas should not have lost its top spot in the polls just because Kentucky had a really bad night against Duke. I will admit, however, Kansas hardly looked like a Top-5 ranked team in the first half when they were getting outmaneuvered, outhustled, outworked, and just flat-out outclassed. I was genuinely shocked we had the lead at halftime, frankly.

Oh, and welcome to Kansas, Isaac McBride! Can't wait to see you in crimson and blue!