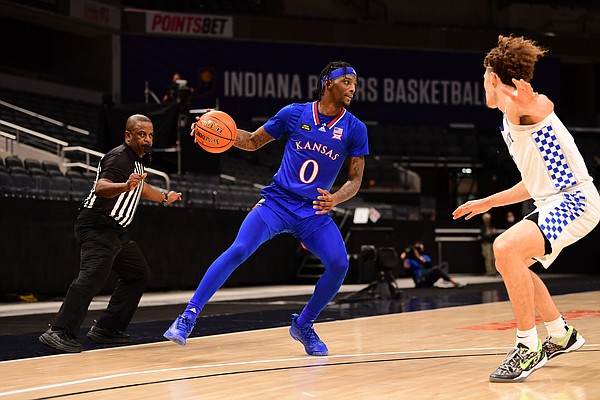 Kansas coach Bill Self told the Journal-World on Thursday morning that senior Marcus Garrett is expected to play tonight against Washburn at Allen Fieldhouse.

Self said the report that team doctors gave him about Garrett just after 11 a.m. Thursday indicated that the KU point guard was “good to go.”

No more information was given about whatever illness Garrett was dealing with and played through during the Jayhawks’ victory over No. 20 Kentucky on Tuesday night in Indianapolis.

Self said after Tuesday night’s game that Garrett tested negative for COVID-19 that day and in the days leading up to the KU-UK matchup in the Champions Classic.

Despite being under the weather, Garrett scored eight points — all in the first half — and grabbed five rebounds in 35 minutes of the 65-62 victory.

Garrett has started all three games at the point for the Jayhawks this season and is expected to be in there tonight, when KU takes on Division II Washburn at 7 p.m. at Allen Fieldhouse in the 2020-21 home opener.