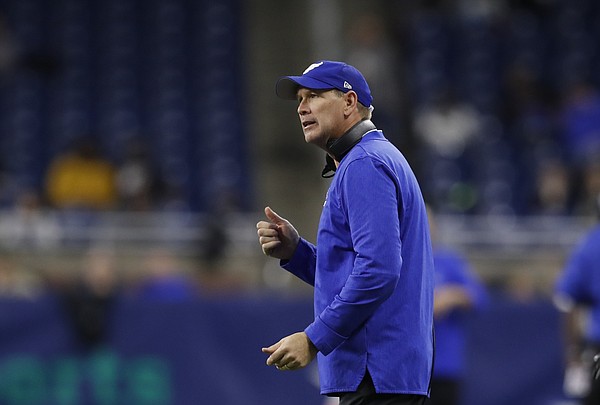 The University of Kansas hired former Buffalo head coach Lance Leipold on April 30, 2021. Leipold is pictured in this file photo during the second half of the Mid-American Conference championship NCAA college football game against Northern Illinois, Friday, Nov. 30, 2018, in Detroit. (AP Photo/Carlos Osorio)

Leipold comes to Kansas after successful stints and turnarounds at Division III Wisconsin-Whitewater and Buffalo and takes over for Les Miles, who left last month amid controversy.

By all accounts, Leipold, 56, is a classic, old-school football coach who likes to let hard work, discipline and humility do his talking for him.

He also has a stellar national reputation and has been in the mix for other Power 5 jobs based off of his successful run at Buffalo and Wisconsin-Whitewater.

With that in mind, here are our initial reactions to the new hire.