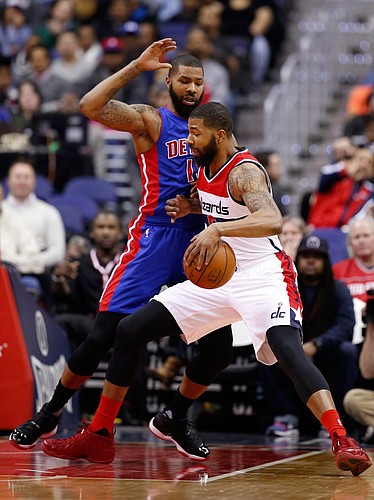 Twin brothers Marcus and Markieff Morris essentially found themselves living the dream. They had reached their boyhood goals of playing in the NBA. Not only that, they were doing so as teammates, with the Phoenix Suns.

It was just like their prep days and their three seasons at Kansas, except on the biggest basketball stage in the world. Pretty choice setup.

However, the Morris twins had no idea when they signed 4-year extensions with the Suns in 2014 neither would be playing with the franchise less than a year-and-a-half later.

As has been well documented, a number of issues in the year-plus that followed led to Phoenix first shipping 6-foot-9 Marcus off to Detroit this past offseason, and then sending 6-10 Markieff to Washington before the trade deadline this past week.

But the twins never have shared their side of the story in as much detail as they did for a story published this week by Bleacher Report. Longtime NBA reporter Ric Bucher provided an in-depth examination of both the Morris’ lives and the behind-the-scenes dealings that left their dream of playing as NBA teammates unsustainable.

Marcus told Bleacher Report there are some widespread misconceptions about his and his brother’s issues with Phoenix breaking up the twin tandem.

“Everybody thinking that we're upset because we don't get to play with each other," Marcus said. "Kieff can't deal with adversity? We're from north Philadelphia. This isn't adversity. This is betrayal."

Bucher reports the twins would prefer to traverse through the NBA as teammates, but the way Phoenix handled the split is actually what left them bewildered. 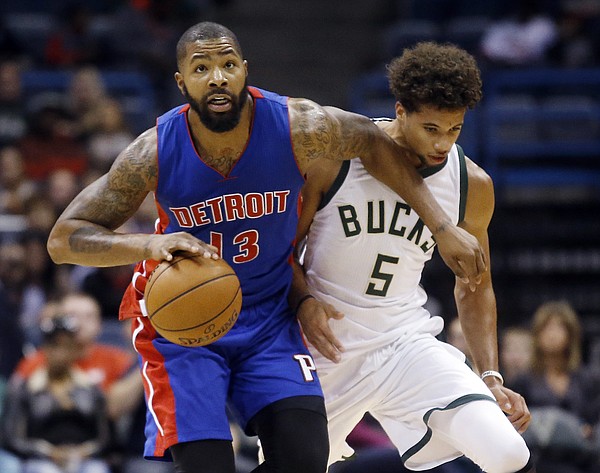 "What bothers me most are two things," Marcus said. "I sat down with the owner (Robert Sarver) and we agreed guys were going to get paid more (than the twins got — Marcus $5 million/year, Markieff $8 million/year), but they told us, 'Don't get upset, we're a family, we're helping each other.' Everybody in this league is concerned about money. We were looking for stability and the chance to be part of something."

Marcus said he had no issue with Phoenix making a business decision, and moving him to create cap space to pursue 2015 free agent LaMarcus Aldridge. The twins didn’t understand why neither of them heard about the deal until after the fact.

As the feature details, the Morris twins have thrived by trusting people in basketball through the years, after a mentor took them under his wings to get them started in the sport and playing for Bill Self at Kansas. They assumed the basketball people around them in the NBA would also look out for their best interests, at least somewhat, particularly after they got the sense of a family-like situation in Phoenix. 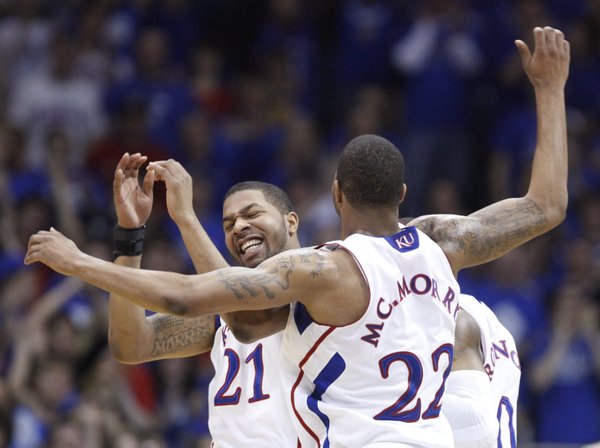 Marcus (22) and Markieff Morris (21) celebrate a blocked dunk by Marcus against Oklahoma State during the first half on Monday, Feb. 21, 2011 at Allen Fieldhouse. by Nick Krug

"For me to sign that contract, I was saying it was about being a part of something," Markieff told Bucher. "A team is more like a family; that's how I grew up. They're not just my teammates."

Bucher also reports the assault charges, which haven’t yet reached trial, on the twins will not hold up, according to “sources close to both the brothers and the (Suns).”

Markieff said he didn’t understand why the Suns didn’t give him and Marcus public support in the matter until the case got settled.

What’s more, former Suns teammates of the Morris twins spoke highly of them to Bleacher Report.

Gerald Green said: ”They're team-first guys. All they care about is the camaraderie."

According to Goran Dragic: ”I had a really good experience with both guys. Everything was fine when I was there. They were professional. Maybe something happened when I left, but I can't comment on that. They're just competitive guys and they want to win."

Of Markieff, P.J. Tucker offered this prior to the trade that sent the leftover twin to the Wizards: "He's one of the best teammates I've ever had. He still talks to guys, he still hangs out. No matter what the media says, he has been as professional as possible." 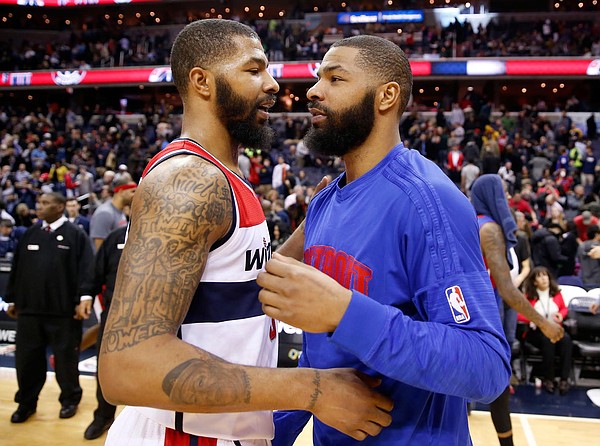 As fate would have it, Markieff’s first game with the Wizards this past week came against Marcus’ Pistons. Washington won, while playing its new forward 22 minutes off the bench. Markieff shot 2-for-8 from the floor and missed both of his 3-point tries in a 6-point debut.

Markieff has seen similar usage in two more games with Washington since. He’s averaging 5.7 points and 2.7 rebounds in 21.3 minutes as D.C. incorporates him into its system and he gets used to his new surroundings.

Both twins are under contract through the end of the 2018-19 season, thanks to the deals they reached simultaneously with Phoenix. Perhaps they’ll reunite as teammates for the 2019-20 season. It’s safe to say that wouldn’t be in Phoenix.

— Read the entire Ric Bucher feature: Think You Know What the Morris Twins are All About? Think Again

These are not good people.

Why? I disagree. They're not angels but they've gotten a bad rap as well. I'd say they're neither "good" or "bad" people, they're just people. Mistakes are made, but as the story says, their teammates have always loved them. FOE. Phoenix DID screw them over by negotiating a contract with them based primarily on their desire to remain together on the same team. Then Phoenix quickly reneged on the deal in order to chase LaMarcus Aldridge. Sure, you can call them naive for taking the deal in the first place, but they had every reason and right to be upset, because the Suns management pulled one over on them.

Make sure you post your address so they can find a forgiving soul next time they want to shoot BB guns or beat the crap out of somebody.

lol..at this point, the morrii have 0 credibility so could care less what they say. We all know NBA is business. For them to be so naive is a lot on them too and their agent.

I love these guys and miss the toughness they brought. Teams didn't push us around. Family over everything baby!

Except it was their trash talking big mouths that got VCU fired up and stomped us.

Well, Northern Iowa and VCU sure pushed us around. That's what I'll remember about these guys, unfortunately.

What I remember about VCU is Tyrel and Brady leaving 3 point shooters open all game to give help defense. They didn't follow the scouting report, got rattled and then couldn't make a shot.

What I remember about Northern Iowa is their 30 year old center making 2 or 3 from downtown in the first half, when he was something like 1-11 on the season. Painful.

Did you forget about the stupid fouls the twins picked up against VCU? They were spectators for too much of the game.

Markieff just needs to keep his mouth shut and realize that professional sports is a business. It's not about family, it's all about money and championships. Markieff should thank the good Lord for the money he makes in the NBA and quit crying because he's no longer beside his brother Marcus. Markieff needs to grow up and realize you can't always be beside your loved ones. The NBA makes the decisions, either play for the millons or get out!