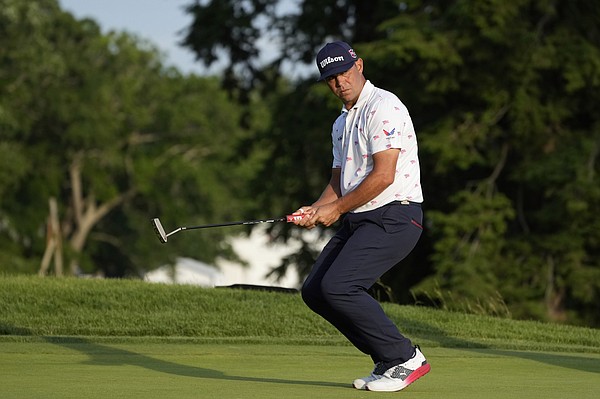 Gary Woodland reacts after a missed putt on the eighth hole during the first round of the U.S. Open golf tournament at The Country Club, Thursday, June 16, 2022, in Brookline, Mass. (AP Photo/Charles Krupa) by Matt Tait

Former University of Kansas golf standout Gary Woodland opened the 2022 U.S. Open golf tournament with a 1-under par 69 on Thursday afternoon at The Country Club in Brookline, Massachusetts.

Woodland carded three birdies and two bogeys on the day, including a bogey on his last hole of the round, the par-4 ninth.

He birdied two of the four holes before that after picking up a birdie on his second hole of the round earlier in the day.

Woodland's round left him in a tie for 14th place, three strokes behind leader Adam Hadwin.