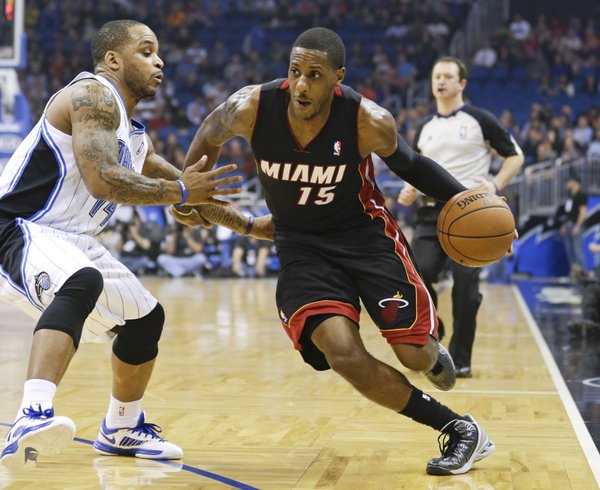 As a wave of positive COVID-19 test results takes it toll on the NBA, the predicament has opened the door for one former Jayhawk to jump back into the league.

According to a repot from The Associated Press, the Miami Heat have used 15 players this season and right now, no more than five of those are available to play.

As a result, the Heat signed three replacement players on Thursday and were closing in on other deals, including one with former Kansas point guard Mario Chalmers — who started on the Heat's NBA championship teams in 2012 and 2013.

Chalmers last played for Miami in November of 2015. His last game in the NBA at all came with Memphis in April of 2018.

Injuries and age in recent years caught up with the hero of KU's national-title-game victory over Memphis at the 2008 Final Four. That drove him out of the league and left him looking for other places to keep playing. Between rehab stints and opportunities overseas, Chalmers kept working and always kept hope alive that he would return to the NBA for at least a small stint before calling it a career.

On Christmas day, Chalmers tweeted that he was "playing for a call up," adding, "That's all I want, Santa lol."

Nobody could've foreseen the pandemic as the event that would lead to him reaching that goal, but now that it has, Chalmers is excited about the opportunity.

“I'm ready," he told The Associated Press. “I think this is more emotion than anything, showing that I've been really working behind the scenes and not just talking about it. I definitely feel good enough to help the team win."

Chalmers' contract is believed to be of the 10-day variety, like many of the players the Heat recently signed. At least temporarily, he will join former KU guard Marcus Garrett on Miami's NBA roster.