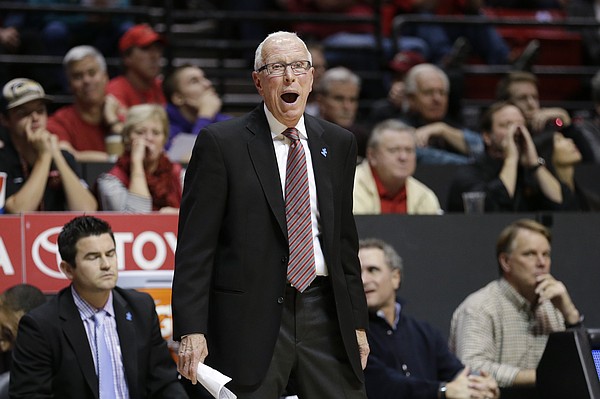 These are not your older brother’s San Diego State Aztecs. Kawhi Leonard is not walking through that door.

SDSU and head coach Steve Fisher have put together some pretty dangerous teams in the past few seasons, but this one doesn’t appear to be on that upper-echelon level.

The Aztecs, hoping to shock the college basketball world Tuesday night at Viejas Arena by knocking off No. 2 Kansas, already have lost five games this season — including a home setback to Grand Canyon just last week.

However, that doesn’t mean the Jayhawks (9-1) will cruise to a non-conference road win. San Diego State (7-5) is as stingy as ever on defense this season. SDSU opponents have only made 35.5% of their field goals — 6th-best FG% defense mark in the nation. And although there are 79 teams in the country better than the Aztecs according to kenpom.com (KU is No. 5), their adjusted defensive efficiency (points allowed per 100 possession, adjusted for opponent) ranks No. 7 in the country.

Here are the Aztecs whom the Jayhawks will have to hold back to enter their holiday break in festive spirits. 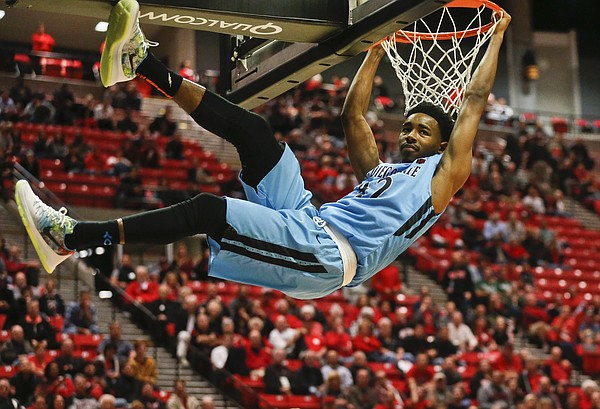 San Diego State guard Jeremy Hemsley hangs from the rim after being fouled from behind by San Diego Christian's Dalante Dunklin in the second half of an NCAA college basketball game Wednesday, Nov. 18, 2015, in San Diego. San Diego State won 71-61. (AP Photo/Lenny Ignelzi)

None by Ruben Meza

@jeremy_hemsley serves our favorite holiday dish to a hungry @trey_kell. Yes, we'd like seconds. And thirds. And... pic.twitter.com/AKWYBkXss9

#AztecMBB leads East Carolina at halftime, 44-21, thanks to the tip-in dunk by Angelo Chol before the buzzer. pic.twitter.com/VWCaxgDSoq 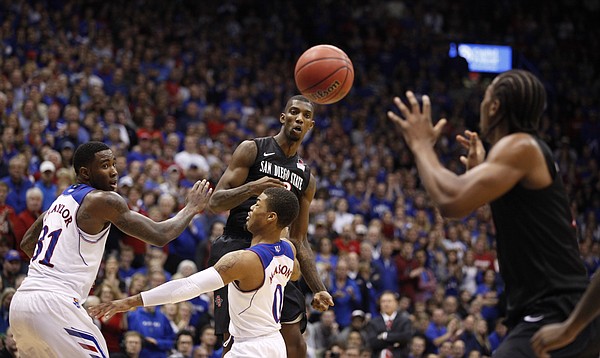 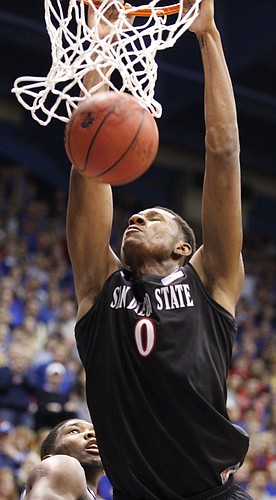