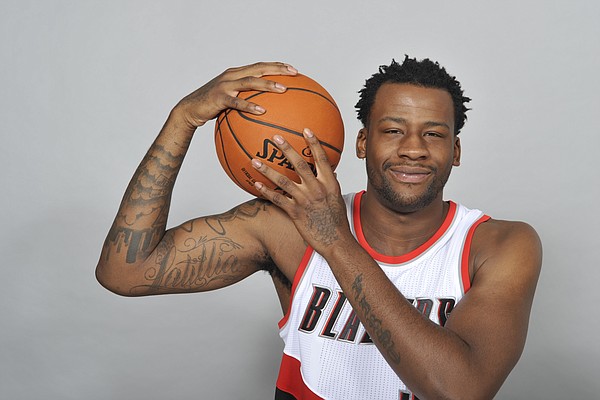 Un-drafted in June, then a summer league player for Brooklyn, rookie Cliff Alexander needed the NBA preseason to prove himself to the Portland Trail Blazers, the organization that signed him to a non-guaranteed contract in late July.

However, 2015 continued to be a brutal year for the 19-year-old power forward, whose one-and-done stint with Kansas was marred by an NCAA investigation that kept him off the court at the end of the season.

Alexander missed Portland’s entire seven-game preseason schedule due to a bone bruise on his left knee. So when it comes time for the Trail Blazers to cut their roster to 15 players, they won’t have any game production from Alexander to help his cause. To stay with the team, the 6-foot-8, 240-pound big man better have impressed the coaches and front office in workouts and training camp.

And that might actually be the case. When Portland coach Terry Stotts announced the injury a few weeks back, he told reporters Alexander had been playing well.

His new teammate, veteran big man Chris Kaman, told The Oregonian he couldn’t believe the entire league passed on the rookie from KU during the draft.

"He should have been drafted in the first round, if you ask me,’’ Kaman said. "He is an animal. Getting him as an un-drafted player is unbelievable.''

With the regular season starting next week, we should find out soon just what Portland thinks about Alexander’s abilities and whether he’ll have any longevity in The Association. While the Trail Blazers don’t have any big names in their front court, they do have a number of veterans who have proven they can play in the NBA and make an impact in one way or another, as well as a prospect from the 2014 lottery.

If Portland does decide to keep Alexander, the following front court players figure to be well ahead of him on the depth chart: Al-Farouq Aminu, Ed Davis, Kaman, Meyers Leonard, Mason Plumlee and Noah Vonleh.

That’s a lot of ground to make up for an un-drafted rookie who didn’t play in the preseason.

But, you never know. If Alexander gets cut, some other team could decide to take a chance on him in the days — or months — ahead.

Geez, can this guy have any more bad luck?