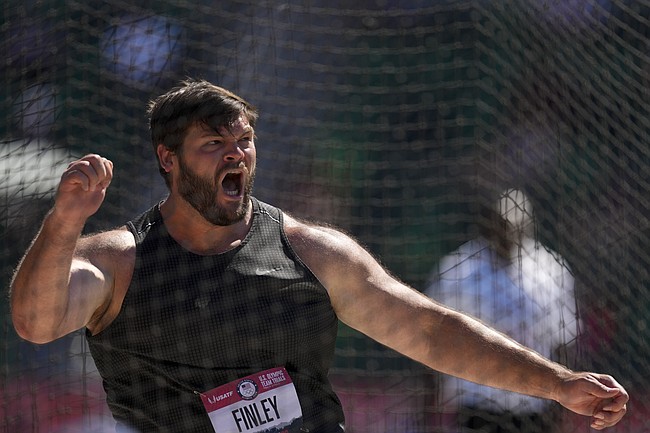 On his fifth of six throws on Friday night, Finley delivered a throw of 63.07 meters, which was just enough to outduel Reggie Jagers, who had a top throw of 62.61 meters. Sam Mattis finished third to round out this year's U.S. squad in the event.

Friday’s qualification marks the second time Finley has made the U.S. Olympic team. He also qualified for the 2016 team and made the finals of the Rio Olympics, where he finished 11th overall.

Finley entered this week’s trials with the third best U.S. mark this season.

The Salida, Colo., native is KU’s school record holder in the indoor shot put and has the school’s second best mark in the outdoor ver-sion of the event.

Finley joins middle distance runner Bryce Hoppel as former Jayhawks who recently have qualified for the Tokyo Games. Hoppel qualified earlier this week in the 800 meters, finishing third in the finals.