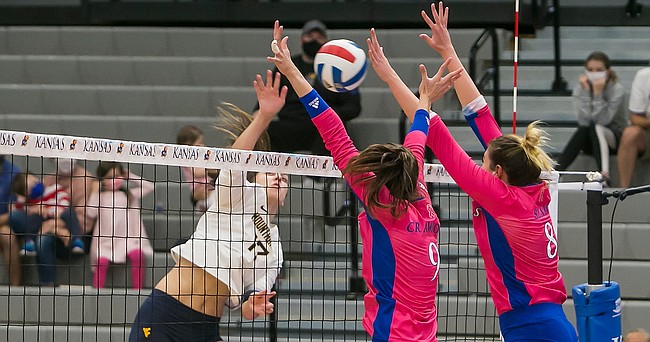 Crawford is one of 20 athletes named to the team and one of six players who is entering her second year of college. Ten players will be college freshmen this fall and the other four will be entering their senior year of high school.

All members of the Women’s U20 National Training Team will participate in a training camp June 28 through July 8 at the University of Nevada-Las Vegas.

The training sessions will produce the 12-player roster that will compete in the 2021 FIVB Women’s U20 World Championship July 9-18 in Rotterdam, Netherlands, and Kortrijk, Belgium.

International experience is nothing new for Crawford, who earned a spot on the all-Big 12 first team and all-Big 12 rookie team following her first season with the Jayhawks.

Prior to her first year at Kansas, Crawford competed on the U.S. Youth National Team and won gold medals at the 2018 NORCECA Women’s U18 Continental Championship in Honduras and at the 2019 Women’s U18 World Championships in Egypt.

Here's a look at the rest of the players who will be vying for a spot on the 12-player team later this month: