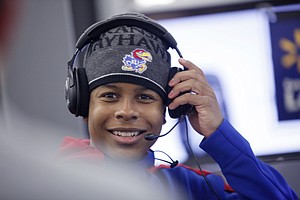 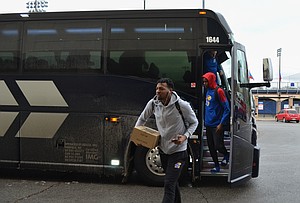 Why does the caption for the picture say "Charlie Moore, a sophomore guard who is not eligible to play this year"? Is that an old caption?

They are always old captions...drives me nuts

We always read about the Lawson Brothers, Charlie Moore, and their offensive capabilities - never about their defense.

Nobody's seen them play defense for Self yet so, at least for a while longer, that's a bit of an unknown.

As is the case with most years, their ability on that end — along with the entire team's D — will likely determine just how good this KU team will be. They've got plenty of offense from plenty of different spots.

Id like to believe that after being under the coaching of Self for an entire year that they would have picked up on the defense part and understand how important it is ..

these 3 know what Self wants and thats Defense