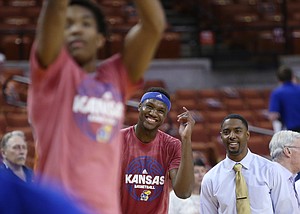 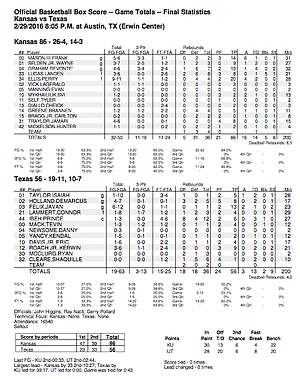 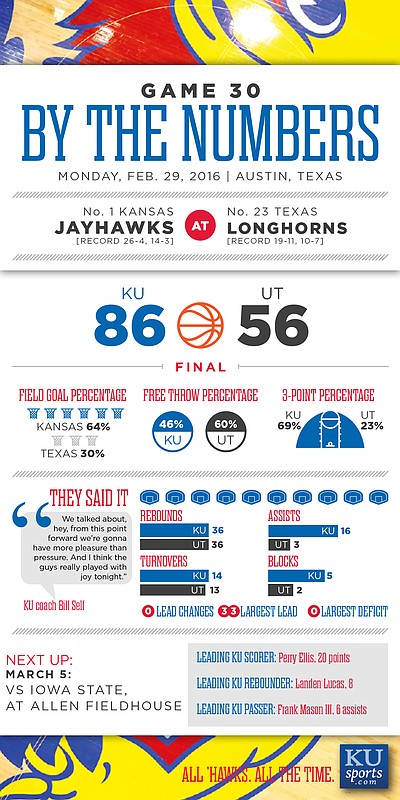 Yeah, not sure what happened to the Longhorns last night, they missed a bunch of open shots, were totally sloppy, and just never recovered from the initial run. Not sure if a rematch would be 50/50, but they won't lose by 30 points again. That said, we now have a chance to lock up the overall #1 seed in the tourney for the first time in awhile. Not always been the best luck for us.

I liked that we kept attacking inside and only started shooting more threes once the lead was starting to extend significantly. We win the paint, we win the game.

Did coach Self leave the streets in a little long last night? He might have been remembering the loss to VCU in the tourney. Can't blame him, felt good to wreck their senior night. RCJH