It was extremely difficult for walk-on Josh Pollard to walk away from Kansas University’s basketball team.

“The hard thing is there’s no other place like it. It’s going to be hard going to any other games besides ones in the fieldhouse,” said Pollard, a 6-foot-4, 200-pound sophomore-to-be from Cedar Hills, Utah. He has announced plans to either play for a yet-to-be-determined junior college next season in his home state or give up hoops and concentrate solely on academics somewhere near home.

“I’m sad. At the same time it’s good to be home. I’m excited about my future,” added Pollard, who played in seven games his freshman campaign at KU.

Pollard had to pay out-of-state tuition to be a Jayhawk.

“He’s going to go back and be closer to home and play in state. He’s trying to work that out,” KU coach Bill Self said, adding, “I love him. We all do. We didn’t want him to leave. Due to a family commitment it was best that he did, best for him. He’s going to be very successful in anything he wants to do. It’s certainly our loss but we wish him the best.”

“I wanted to be as self-reliant as I could. Out-of-state tuition is really expensive,” he said. “There’s a lot of factors that go into it. Financial is one of them. Another thing was I don’t think I’d ever have cracked that lineup. It was a blast, but in the end I kind of wanted to play as well. You put in all those hours. I haven’t decided for sure, but I may go to juco.

“I talked to schools out here, BYU and Utah. Both told me they don’t have a spot this year, but, ‘if you want to play a year your best option is to go to a J.C. We’ll watch you then we might be able to offer you the next year.’ So right now I may do that.”

Of his year at KU, he said: “It was phenomenal. It was a very good experience and I love the guys I played with and the coaches, everybody. I still stay in touch with all the guys even though I’m back in Utah. Me and Tyler (Self) have been really close. I’m sure we’ll stay in touch — the rest of the guys as well.”

Pollard chuckled when asked if he’s happy he’ll forever be part of the KU record books. He hit an inside shot off a feed from Svi Mykhailiuk in KU’s NCAA Tournament opener versus New Mexico State for the first and only bucket of his KU career.

“That’s one of the smallest things (he’ll remember),” Pollard, the nephew of former KU forward Scot Pollard, said. “But at the same time it’s kind of fun to be part of that,” he added.

Self said there are no immediate plans to add any walk-ons to the roster.

I'm glad he got to score as a Jayhawk, in a tourney game no less! Wishing you the best Josh!

It is too bad. Must be personal reasons if Scot Pollard was paying his tuition. Isn't he considered in-state after one year...not that is should matter if Scot was paying tuition. Kids like Josh help the program so many ways off the court. 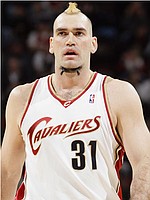 Scot wasn't paying his tuition. Did you read the article?