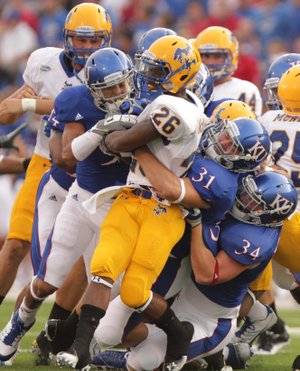 Why isn't there am article about Pierson? Taking nothin away from our other backs, but that kid stole the show!

Oops, guess they won't be putting me on any classified projects anytime soon.