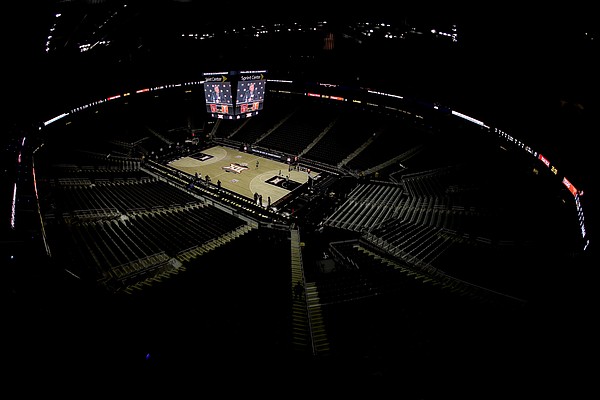 "ESPN Events set out to create a protected environment for teams to participate in early-season events in Orlando," an official statement from ESPN read. "Based on certain challenges surrounding testing protocols, we opted to resume these tournaments during the 2021-22 season."

However, according to a report from ESPN.com's Jeff Borzello, "the challenges around testing protocols refers primarily to re-testing players who had already previously tested positive for coronavirus and been cleared. The protocols for a player testing positive while in the Orlando bubble were another key discussion point."

CBS Sports insider Jon Rothstein reported Monday that the schools expected to compete in Orlando would be told it was a no-go by the end of today.

And Seth Davis, of The Athletic, reported that sources had told him that ESPN called off the idea of hosting more than 20 teams and 10 events in Orlando “due to ongoing differences between the network and the participating schools regarding the health and safety protocols required for participation.”

“We’ve decided to redirect our efforts to be sure the teams have enough time to make other plans,” Clint Overby, vice president of ESPN Events, told The Athletic. “At the end of the day our bias was toward safety and making sure that what we pulled off was in the best interests of the sport. In the absence of those things, we decided we’re better off letting schools do their own thing.”

For Kansas, that means no Wooden Legacy or Champions Classic in Orlando, but it does not necessarily mean those events will not be played.

Rothstein Tweeted early Monday afternoon that Indianapolis — one of the three cities in the Champions Classic rotation to begin with — had emerged as a front-runner to host the Kansas-Kentucky and Duke-Michigan State matchups this season.

And Overby told Davis that ESPN hoped to salvage the Champions Classic and Jimmy V Classic at other locations, though no date nor location was given.

Meanwhile, with several schools still scrambling to put together the nonconference portion of their 2020-21 schedules, the Big 12 Conference announced today that the conference schedules for the Big 12 men’s and women’s programs would be released later Monday afternoon.

KU did one better than that, releasing all but three games of its 2020-21 schedule just after 3 p.m.

Even with that, we still do not yet know when the season will actually begin. The NCAA has set Nov. 25 as the first day competition can begin, but not necessarily a day that all teams will play. That was pushed back from the original opener of Nov. 10 and dozens of programs now have less than a month to piece together a schedule of 25-27 games.

For KU, 18 of those will be conference games. And, depending on what happens with the multi-team events, KU could still have anywhere from seven to nine non conference games to get scheduled and announced.

That's if there are nonconference games to be played. CBS Sports college basketball reporter Matt Norlander also tweeted on Monday afternoon that two power-five coaches told him today that they were predicting that college basketball goes to league-only schedules in order to get the season played.

From there, it's entirely possible — perhaps even likely — that the 2021 NCAA Tournament is played in some kind of bubble in March.

I live in San Diego...San Diego State U had a major outbreak, almost 1,000 cases, but only one went to the hospital and was soon thereafter discharged, which was good news. Not sure about outbreaks at other universities.

I also live in San Diego (metro, north county). As of about a month ago SDSU reported 1028 cases and 1 hospitalization but that was very early in the semester. I've not heard how many have been hospitalized since then. Students are mostly young and better adapted to recovering. Unfortunately, when students go home to their families they can unknowingly infect their elder parents and grandparents who may not be able to ward off serious complications. It's best to be cautious and to make sure everyone is protected. That doesn't mean total isolation for everyone, it just means being careful and wearing a mask when around others you normally do not live with every day. And staying away from big crowds.

There were outbreaks at Iowa and Iowa State when those schools resumed classes. I understand the virus was spread in bars in Iowa City and Ames.