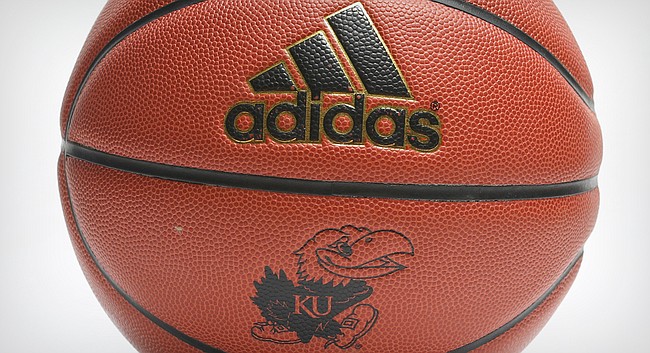 An AAU basketball director from Massachusetts accused of working with Adidas officials to bribe family members of prospects and direct them to specific college basketball programs, including Kansas, has pleaded guilty and agreed to cooperate with investigators.

According to Bloomberg, ESPN and other media outlets, Thomas “T.J.” Gassnola, who oversaw the New England Playaz AAU program affiliated with Adidas, entered the plea on March 30, but it was sealed by a judge at the prosecution’s request. Though unsealed on April 12, the documents didn’t publish to the public docket until Friday.

Multiple media outlets report that the indictment makes clear that Gassnola has provided federal prosecutors with additional information that likely will be used to obtain indictments against people who have not yet been charged in the case. From Bloomberg:

"Prior to being charged, the defendant participated in numerous proffer sessions during which he has disclosed his criminal activities and those of others," prosecutors said of Gassnola. "The government anticipates that grand jury subpoenas may be issued based on information provided by the defendant, and that information provided by the defendant may also be presented to a grand jury in this district for purposes of obtaining an indictment."

Gassnola was identified by various media outlets after the fact as “co-conspirator-3” in the federal indictment that alleged Adidas executive Jim Gatto and two associates conspired to illegally pay family members and guardians of Kansas basketball players.

In the case of the first KU player referenced, whose family was alleged to have received $90,000, the indictment states the agreement to pay the family was made in or around October 2016 “shortly after the student-athlete, who was considered one of the top recruits in his class, unofficially committed to attend the University of Kansas.” On Oct. 1, prized recruit Billy Preston attended KU’s Late Night in the Phog event. He then officially committed to KU in November.

In the case of the second player, whose guardian allegedly received at least a $20,000 payment through Gatto, the indictment states the player announced on Aug. 30, 2017 that he had decided to attend the University of Kansas. Current KU basketball player Silvio De Sousa announced his commitment to KU on Aug. 30, 2017. Unlike Preston, De Sousa played in multiple games for KU this season.

Gassnola has a criminal history and also has had at least one significant run in with the NCAA. In 2012, Gassnola's teams were temporarily banned from NCAA sanctioned events due to alleged connections Gassnola had with an NBA agent. Gassnola, however, remained employed as a consultant by Adidas. He was a consultant for Adidas during the time of the alleged payments to the families of KU players, according to the indictment. KU currently is considering a multiyear, $192 million contract extension with Adidas. KU previously committed to the deal in principle but has not yet signed the agreement. It has been unclear why Adidas continued to keep Gassnola as a consultant after the allegations that he was connected to an NBA agent. KU leaders have said they are monitoring the situation, and said they expect to have additional conversations with Adidas.

From the KC Star: "In the case of Kansas, Gassnola was involved in payment schemes that align with the recruiting decisions of Billy Preston and Silvio De Sousa, though the players' names were not identified in court documents. The charges against Gatto allege a mother and a guardian of two KU student-athletes were said to have benefited from illegal payments, which were made without the knowledge of the university."

We should be fine but if the NCAA doesn't adjust its rules, then wins could still be vacated. We would just not see any sanctions or NCAA tournament bans or anything. Hopefully neither happens but we will see. Either way, De Sousa has almost certainly played his last games at KU.

Isn't this just confirming what we already knew or suspected.

I think a lot will depend on what, if any, previous knowledge of any alleged payment Silvio De Sousa might have had.

My “homer” point of view: KU officials pulled the chute on Preston after learning he or one of his moms was on the take. In order to not incriminate Adidas, they obviously didn't make this public.

DeSosa's case was simply bookkeeping, Adidas “bought the contract” of DeSosa from Under Armor. Neither KU officials or DeSosa knew anything about that deal. (Didn't need to know how the sausage was made.)

Red flags went up at KU when Preston had his accident. I was mad at the time. I am for letting a person have their day in court before convicting, but after further review...good call.

When Billy Preston’s mom started running her mouth, Publicly, it was pretty obvious to me that there was a lot more to that story. If you are innocent, you don’t have to go Public and keep talking smack. Greedy, self serving people, rub me wrong! If this story is true, her, and Silvios guardian are pathetic, users, who only care about themselves! But neither KU, nor the Players should be held accountable, if they didn’t know about the Payments, and Silvio should still be able to play at KU!

Let's not confuse the cases, the Preston family is accused of taking money to play for an Adidas school. DeSosa's "handler", an "employee" of the Adidas basketball machine, is accused of a fraudulent business transaction.

"KU currently is considering a multiyear, $192 million contract extension with Adidas." This would be a good time to move on from adidas. KU is at least complicit to the point they are willing to do business with this company. They should bench them.

In saying that, it seems like you're saying the other two big shoe companies are not involved. I think that might be premature, and it already seems UA might be paying folks. Big Baller might be the cleanest at this point...

Not sure if the NCAA allows this, but here is one possible solution. Gather up the major Adidas schools and, as a collective, approach someone like Puma. The offer to Puma? You get all five schools if you get into the collegiate apparel business. With several big-name schools, you'd have enough to offer an international sports apparel company - like Puma - for them to jump in. And you rid yourself of the big three; Nike, UA and Adidas. Maybe a fresh start with a new brand gets you the money you need?

That would be somewhat ironic since Puma and Addidas were started by brothers in the little of Herzogenaurach in northern Bavaria. Story goes they got into an argument and they split ways, one creating the three stripers and the other Puma.

Wrong. On the contrary, KU should ask for another $50 million because without schools like Kansas, Adidas is hosed.

The biggest problem are the players parents. They are the one cutting the deals. They move to the town where there kids play and sit behind the bench at every game. For you young kids this did not occur 15 years ago.

The problem is most definitely not parents being involved in their children's lives, whether that be sporting activities or otherwise. Greed, and knowledge of boundaries - yes, but not involvement. My parents (mostly dad) and the parents of my teammates were very involved and supportive of our teams and coaches, though none of us were getting paid (much) to go to school.

At least we tied the UCLA record for most conference wins. If you look back on their record after fact, UCLA basketball had at least one booster who paid players under the table money to play at UCLA. John Wooden had such a cult following that there was never any talk from the NCAA of punishing UCLA retroactively.

I seriously don't see the illegality or immorality of any company making a financial deal with a parent. It's a bit more problematic when it comes to guardians associated with off-shore kids because of the associated human trafficking issues. The major concern are those schools that actively participated and knowingly broke NCAA rules. Even if the rules suck, they are the rules and should be followed by all member institutions.

If the NCAA takes any titles or victories away from Kansas or other schools where payments took place without coaches/administration knowing about things, they better go back and adjust UCLA, although Wooden and everyone at UCLA knew what was going on.

The car does appear to be incriminating against Billy, though it would seem that KU's handling of that case would be a positive for us. Similar to Cliff a couple years ago.

I'm still not willing to throw in the towel on Silvio because a criminal makes accusations against his guardian.

Really, nothing has changed from a couple weeks ago. Just another retelling of the same story. The headline did have me wondering "KU families pleads guilty". Bad grammar can be confusing.

This guy is telling everything he knows, let's hope no one at KU, including Bill Self, had any knowledge of any of this. That being said, it's pretty sad that for all of this "cheating" going on that Kansas could never manage to get any really great recruiting classes

Kansas could never manage to get any really great recruiting classes.

IN fairness to success in recruiting location of school and smaller population are big factors. Some prefer to play close to their parents homes.

Stupid headline...families did not plea anything! Gassanola is trashy and a disgrace to bball.