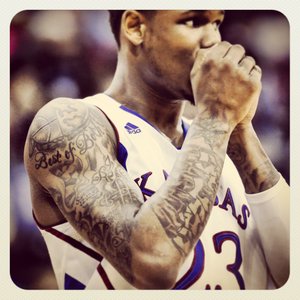 Tattooed on Ben McLemore's right shoulder read the words "Best of Both." Above the words are hands cradling half a world and half a basketball. McLemore explained the tattoo as a representation of coming from poverty and also his success on the basketball court.

When Kansas University senior guard Travis Releford looks into a mirror, his mind often goes back to his freshman year when he was only picking up a handful of minutes.

The words “Only God can judge me” are written across his chest. It was his first tattoo.

“I was hearing, ‘He’s not good enough to play at Kansas.’ All types of stuff like that,’” Releford said. “That quote just came across to me. I was just like, ‘If I just think about that every time I hear something like that and keep working, then everything will pay off for me.’

Though Releford told himself earlier in life he wasn’t going to have a lot of tattoos at a young age, the self-expression became, in his words, “addicting.”

He now has his son, Travis Jr.’s, footprints on his left arm, his area code “816” across his chest and the Kansas City skyline wrapped around his left forearm. And that’s just a small sample.

About half of the players on the men’s basketball team have tattoos, with most of them turning to ink to help tell their life stories.

Traylor came up with the idea.

“If it’s going to be on me forever,” Traylor said, “I’ve got to put a lot of thought into it.”

Releford says it’s up to the players to stay responsible financially. That means not spending too much on their hobby with the money they earn.

“We work camps and stuff, so it’s not like we’re using all our money on tattoos,” Releford said. “We know when not to go and just blow our money. I think that’s the key. We don’t just go out and, ‘Oh, we get a scholarship check,’ and spend $500 on a tattoo.”

Releford said a good example would be if a player received $200 from working a camp, he might go spend $100 on a tattoo.

“You save up. But coaches don’t like us spending our money on it,” Traylor said. “They say they’d rather have us buy some food or something like that.

“We definitely slow down a lot. They want us to save.”

Tattoos aren’t for everyone.

Traylor sometimes jokes with freshmen Andrew White III and Landen Lucas, who both have already indicated they won’t be getting any tattoos.

KU center Jeff Withey, who has no tattoos, also likes to poke fun at teammates when he can.

“If they already have a tattoo, I’ll be like, ‘Yeah, I’m thinking about getting this.’ And they’ll be like, ‘Man, I already have that,’” Withey said with a smile. “I’ll tell them, ‘Man, you’re copying my idea.’”

Traylor has already thought about his next tattoo, envisioning the words “Windy City” on the inside of his right bicep.

He’s not the only one with future plans.

“I’m just getting started, I feel like,” Releford said. “I don’t have any ideas. I’m just waiting until something comes to my head.”

Here’s a look at some of the Jayhawks’ favorite tattoos:

Favorite tattoos: “I’ve got a couple favorites. I’ve got my mom’s name (Sonya) right here (on arm) and pretty much all my siblings. I’ve pretty much got all my family: I’ve got both of my brothers, I’ve got all three of my sisters, all my nieces and nephews and my mom’s name. … I’ve also got a ‘Best of Both’ tattoo (on arm). It’s got half a world and half a basketball, so basically, I’m best at both. Coming from nothing, coming to the top … it’s just a blessing.”

Tattoo: “I do have a tattoo on my (left) side. It’s a poem that I wrote. Mine’s a little bit more cheesy than all the other guys, but I take pride in myself and the things that I can do. Writing poetry is something that helps me as well. It’s something that I do. I wanted to have that on my body, because that’s something I’m never going to forget — that I can do that, the ability that I have.”

Favorite tattoos: The words “Love” and “Hate,” which appear on back of his left and right arms.

Why he likes the “Love” and “Hate” tattoos: “I’ve got just as much love as I’ve got hate, but at the same time, I’ve kind of spent it, coming from where I come from, going through the stuff I’ve been through. I used to have a lot of hatred in my heart. I’ve spent it in the love to use it in a positive way.”

Favorite tattoos: “This is my dad’s name, and I’ve got the ball and chain because my dad’s in prison. Like the chain is breaking. My grandmother, she died. Rest in peace. … And my mom’s name. This is my first tattoo: Tracy (on right arm with halo on top and devil tail on bottom). This signifies our relationship. She’s my angel. Then she gets on my nerves sometimes, so I’ve got the devil tail.”

Favorite tattoos: “I’ve got ‘816’ on my chest then I’ve got the skyline of Kansas City wrapped around my left forearm. Those are probably my favorite, but all of them are meaningful to me. I’ve got my son’s footprint (too).”

Favorite tattoo: “My favorite one is definitely my Batman tattoo. I’ve got my dad’s initials at the top that say, ‘My hero.’”

On talking to teammates about tattoos: “That’s what I joke about with them. They all are tatted, and I have none. But I always play around with them, like, ‘Yeah, I’m going to get my whole back done. This and that.’ … They’re always talking about getting new tattoos and stuff, but I love to jump into the conversation and kind of stir things up a little bit and just play around with them.” 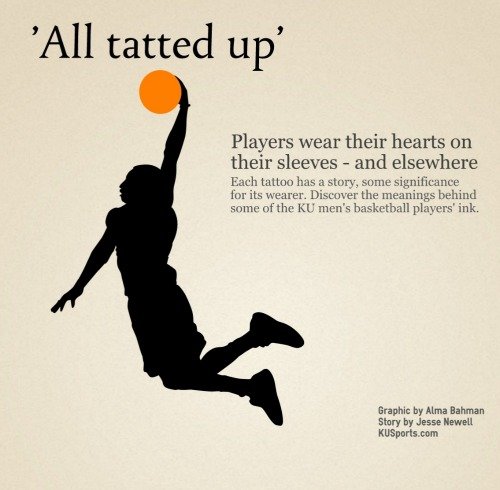 Ride like the wind at double speed - Rock Chalk Jayhawk ! 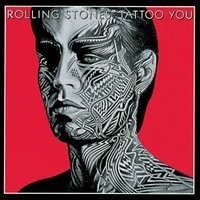 Quadruple platinum in 1981 by nostradavid

Never have with entertainers, sailors and prisoners.

But there are a lot of things I don't grasp.

If it works for these guys, okay.

I am grateful for this story that demystifies the tatts some.

Always good to learn about the players as people.

Get that needle away from me ! 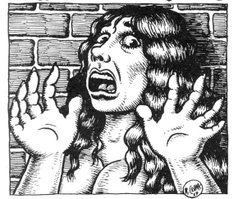 Does that pic come in Michigan Gold and Blue?

I think perhaps that's Dick Vitalis, back in the day....

What's all this ink gonna look like when it's old and wrinkled? That's what kept me from getting the score from KU vs. Memphis '08 somewhere on my skin. 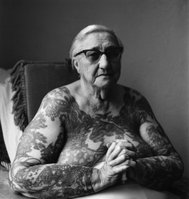 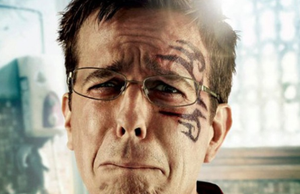 When I was 5, I admired a tattoo of a woman wrapped around a dagger on my WWII vet uncle's forearm. God bless him, he said "Ya know that's not the smartest thing a man ever did, it does not wash off." At 5 that good advice ended my desire. Bible says not to cut yourself in the manner of the heathens. RCJH!

The Bible also says " Judge not, lest ye be judged " and " Love your neighbor as your self ".

the bible is a book written by a bunch of guys over 2,000 years ago all of whom had very vivid imaginations.

This was one article I could have done without reading. I've never been a fan of tattoos or other excessive ego centric body adornment.

This was a fabulous article.

We just heard from the players we root for about the things they value in their hearts. This should no be criticized.

I too am not a fan of tatoos. But if anyone wants to do that to their body, it's their business. But I've always wondered how much these tatoos cost? Is it the $100 like the article says? I always hear about kids on various NCAA teams and their struggles growing up - some financially. So how could they have afforded these tatoos?

$100 will get you a very small tattoo, or just a portion of a larger one that you might get in stages. Ben & Travis are each sporting several thousand dollars worth of ink. It's a big investment, but I think Travis justified pretty honestly how they've paid for them, one by one over time. But yea, just how many thousands of dollars worth of tats is the question...

I don't really care for tats on myself, but to each his own. However, assuming they still like the tats they have, it's not going away. If I still had all the wasted money of my past it would be awesome. Think of all the wasted money of your youth. At least they still carry the tats with them. That old stereo, surround sound system, dvd/vhs/beta or cd/casset/8track/record pile, and other most other luxury items sure don't have much value now, but that tats still going strong.

$5 on this kegger, $5 more on that. A 12 pack here, a a case of beer there. Late night pizza, taco bell drive thru. Yeah wasted money.

Oh wait I do carry a lot of that around with me still.

Most places the norm is about $100/hour, depends on the artist tho...You can get a good tattoo for $100...The minimum cost of a tattoo is usually around $40 (but it's going to be pretty small)

I have lots of scars. They are like tattoo's but with better stories.

I too, am not a big fan of tattoos, although the idea seems pretty cool, and there are some pictures or words worthy of ink. To each his own I guess, but do you really need 19 tats?

I always wanted a tat, but I knew it would be for life. I thought and thought, finally at 47 years old I finally got one ( no one can see it unless I'm at the lake). I can live with this one. 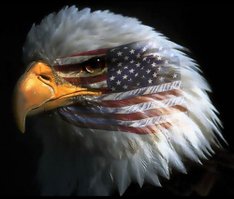 My first tattoo was the KU Jayhawk and I'm still proud of it. I've got a few from my time in the Coast Guard and all are visible if I'm wearing shorts.

A little advise, if you are going to put anyone's name on your body other than mom, have it done in Chinese.

I have my dad's name tattooed on me and it's not in Chinese. My advice for names is it better be a blood relative and if they aren't, they better be dead.

Exactly. Maybe there was a "buy 2, get 3 free" special on acronyms.

Anyone who believes that kucmb stands for Kansas university college men's basketball is crazy..