Bill Self looking for improvements in rematch with Baylor 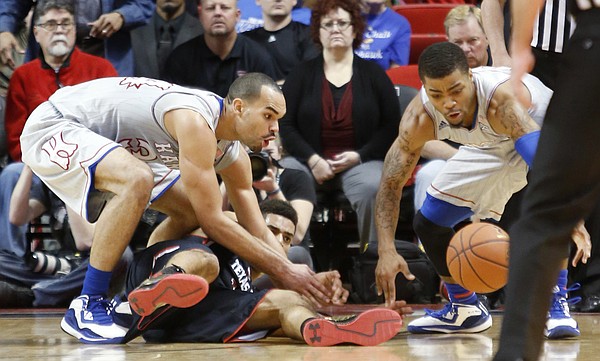 The Big 12 grind almost never lets up. After going 1-1 in a two-game road stretch, with a loss at Oklahoma State and a win at Texas Tech, No. 8-ranked Kansas basketball next must deal with No. 16 Baylor.

Here are some highlights from the Q & A:

• Baylor already had Self’s attention before the Bears won convincingly at West Virginia like the Bears did. BU usually plays pretty well at Allen Fieldhouse, even though KU has won those games. They’re capable of beating anybody.

• The Bears’ zone is different. You have to get in gaps and attack the middle of it, which is the key to attacking any zone. But they pressure a lot out on the wings, which is a little different. You still have to make some shots. 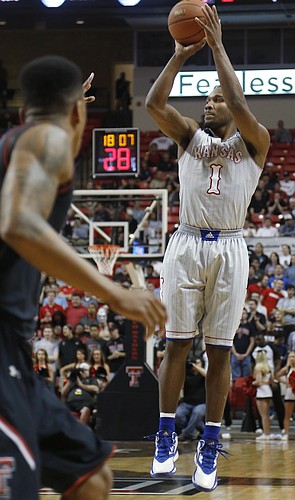 • Wayne Selden Jr. has played very well of late. It’s misleading, though. Selden has shot the ball well from deep all year long. His percentage is way down from inside the arc. Selden has shot the ball from deep the past few games — just as well as Brannen Greene. … Selden just needs confidence and he needs to get reps in the gym to finish more inside. You just have to grind through it.

Seeing Selden’s build and athleticism, he should be a better finisher in close to the basket. Right now he’s at a point where he can become more complete, because he can use his shot to get space and drive.

• Self has talked about the Jayhawks having multiple personalities. The past couple of games they have had a great half and a poor or awful half. A lot of that is youth. Some of that can be controlled and they need to be more consistent. It can change from timeout to timeout almost. But when they’ve played really well it’s been very rewarding, too.

They can play at a very high level or a very low level.

• Kansas actually has a decent in-between team, as far as shooting. The Jayhawks can make mid-range jumpers and long 2-point jumpers. Right now the game of college basketball is more about taking 3-pointers or getting layups.

Frank Mason III is a pretty good in-between guy and Greene can shoot it form three, too. And Kelly Oubre Jr. and Selden aren’t bad either.

It’s important because if you can hit those shots you can exploit defenses.

• Self thinks Rico Gathers has played himself into the conversation for Big 12 player of the year, based on his strength inside and his rebounding. KU needs to do better on him, and you have to try and keep him off the offensive glass.

• Down at BU, Self thought KU didn’t attack the zone very well at all in the first half. The Jayhawks have to get the ball inside and exploit the zone when they can.

• Self knew Jerry Tarkanian well and he was a regular on the legendary coach’s radio show. They talked “ball” then, and when Self was at Illinois and “Tark” was retired, Self had him come out there and observe some things.

He was unique in being very complimentary of other coaches. When Self was at Tulsa, his last year they lost five games, all one-possession games. Three of those losses were to Tarkanian’s Fresno State team. “Tark” came into the Tulsa locker room after one of those games and gushed about how good Tulsa was.

• Self has “been working” on what KU will do about the news he learned yesterday of assistant coach Jerrance Howard pleading guilty to misdemeanor drug possession in Illinois' Peoria County last summer.

“I am disappointed, but on one front. I didn’t know about it.” Self said he loves the guy, but they will handle it like they should.

Something more will be released today.

• Perry Ellis needs three points to reach 1,000 for his career. It is a great accomplishment. Not as many kids do that anymore because few stick around for all four years. “I hope it happens early in the first half on Saturday.” 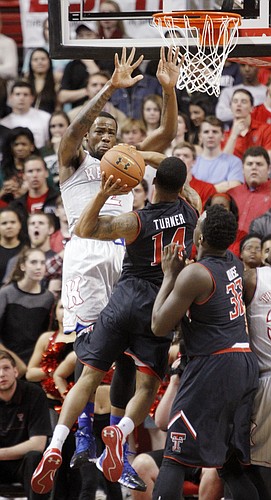 • Cliff Alexander got his first Big 12 start at Texas Tech. The freshman big man threw two “really bad passes” in the first couple of minutes. Overall, he did fine. KU needed more girth, a bigger presence than what Jamari Traylor is able to bring.

Alexander will be in the starting lineup moving forward as long as nothing changes. But you never know.

The change in the lineup didn’t have to do with Traylor. KU just needed more of a presence inside. A rim protector and defensive rebounder.

• KU needs to throw it inside more and be passers out of that. They don’t have to be scorers down low, even if Self would prefer to play that way. Alexander is a presence, physically, so the coach hopes he can play 25 minutes a game and put up numbers. If that’s the case, KU will get better.

• Kansas has been very good from 3-point range, and Selden and Greene have a lot to do with that. And Oubre and Mason haven’t been great from deep lately.

It hasn’t surprised Self, but he has been surprised by some of those stretches, like making six of seven or eight straight.

You shouldn’t evaluate your team by if you make shots you play well, if you don’t you play poorly. No one envisions you’ll shoot 50 percent from 3-point range and hit 10 or 11.

• Coaching Ellis is great. His personality has come out in the last year or so, and “he’s a stud.” He’s a great ambassador for the school and the program.

• There has to be 10 or 12 guys in the Big 12 that deserve to be in the conversation for first-team All-Big 12. Including Mason and Ellis. OU’s Buddy Hield, Iowa State’s Georges Niang and Gathers, among others all immediately come to mind.

If our inside, down low game doesn't improve we're going to see it bite us when we can least afford it. You know the saying as well as I do..."Live by the three, die by the three." And now that we are in a position to keep the Big12 Regular Season Championship in Lawrence we can least afford to be bitten. They're just going to have to find the angles, make the pass, and make the opposing team's defense pay and force them to make adjustments to us, instead of the other way around. This team has the talent to do it and I hope they find it within themselves to make it happen.

You're spot on, Dave, but I think it's more an issue for the postseason than the regular season. If you're a consistently good shooting team, that will pay off over the course of a season, but it's in the one-and-done format where it can really bite you if you have an off day.

I want national titles, not conference titles. The streak is a great accomplishment, but KU could have as many as 4 titles under Self at this point. 2010-12, KU realistically could've won all 3 of those titles. KU was the best team throughout 2010, had a cake walk in 2011 had VI not gotten in the way, and was a couple of possessions away in 2012. I would trade all 10 conference titles for any one of those 3 national titles.

With the pot gate distraction and our lack of ability to drive one the zone, this will be interesting. But, haven't almost all the games been interesting?! Hope we're hitting our three's.