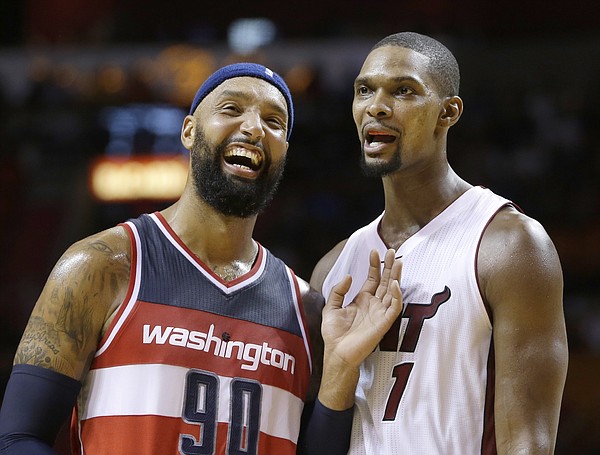 Former Kansas star Drew Gooden is known in the NBA for a couple of things: rebounding and his unique sense of humor.

The 34-year-old Washington power forward showed off the latter of his defining characteristics when bombarded by a TMZ video camera in Los Angeles.

Gooden, while getting into his vehicle to leave a restaurant, was asked whether his time in D.C. had provided him with the opportunity to play basketball at the White House with President Barack Obama.

That’s when — we assume — Gooden decided to have some fun.

“Nah, but I snuck back and played on the court there a couple times, though,” Gooden deadpans to TMZ Sports. “I guess that’s out there now.”

How does a 6-foot-10, 250-pound man creep into the White House undetected?

Now, it’s not unfathomable that a Wizards player such as Gooden might actually have played at the White House when Obama wasn’t there. Perhaps that’s the case, and this tale is Gooden’s way of clowning the paparazzo.

Or maybe, as the man behind the camera suggests, the secret service agents looked the other way because they like KU basketball.

Check out the entire video below and decide for yourself the real story behind Gooden’s supposed stealth move.

Bubba always liked to sneak someone into the WH for a little ballin'....