UCLA ‘not the place’ for Kansas-bound QB Millweard 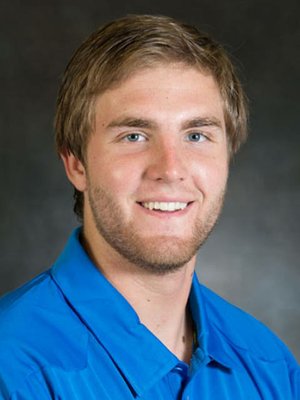 Just as Kansas University’s football program is getting ready to jump into the Jake Heaps era, another potential quarterback of the future has decided to come aboard.

Former UCLA quarterback T.J. Millweard, a member of the 2012 recruiting class, committed to Kansas on Thursday, one day after visiting campus and attending practice.

Millweard, a 6-foot-4, 210-pound pro-style passer who did not play during his lone season at UCLA, will sit out the 2013 season in accordance with NCAA transfer rules and will have three seasons of eligibility remaining beginning in 2014. He becomes the third high-profile quarterback to transfer to Kansas since KU coach Charlie Weis arrived in December of 2012, joining Heaps (BYU) and 2012 starter Dayne Crist (Notre Dame).

In interviews with the Los Angeles media, Millweard said he decided to leave UCLA because it no longer felt like the right fit. Millweard grew up in the Midwest and went to high school in Fort Worth, Texas. He was granted a release by UCLA coach Jim Mora Jr. earlier this week.

“He just didn’t feel like this was the place for him right now,” Mora told Bruin Sports Report on Monday. “You know, I want these kids to be happy and successful. I love T.J. I think he’s a super human being and fine young man. Got a great family. But I want him to be happy. If he thinks he can be happy somewhere else then that’s fine.”

Millweard, who was ranked as the 23rd-best quarterback prospect in the nation in the Class of 2012, told Jon Kirby of JayhawkSlant.com that he planned to head home to Texas for the weekend and hoped to be back in Lawrence in time to start school and practice Monday.

With good size and a strong arm, Millweard appears to fit the profile of many of the quarterbacks Weis has coached in the past.

“I’m a pass-first type of quarterback,” Millweard told Kirby. “I want to get the ball into the play-makers’ hands. The guys that make plays are the receivers and running backs. So that’s what I want to do. But if it is third-and-10 and we have to keep the chains moving, I will keep the ball and go for the first down. I’m just excited to get to Kansas and help prepare the team to win any way I can.”

For many members of the KU football team, the F position currently manned by running backs Tony Pierson and Brandon Bourbon is a new wrinkle to the offense. But for the KU manager who happens to have the same name as the head coach, the ins and outs of the F-back spot are familiar. Because of that, Charlie Weis Jr. has served as quite a resource for the Jayhawks trying to learn the new role in the Kansas offense.

“The good thing that we have going for us is we have Junior,” KU running backs coach Reggie Mitchell said. “He’s kind of my guy, and he’s able to counsel those F guys, and I can spend more time with James (Sims) and those other guys.”

Weis Jr. said he has enjoyed his chance to help Pierson, Bourbon and the other F backs understand the position and credits one of his dad’s former players for helping him come to enjoy what versatile backs bring to an offense.

“My favorite player on the New England Patriots — along with Tom Brady, I can’t go outside of him — was Kevin Faulk, a running back, a third-down guy, a pass-catcher,” Weis Jr. said. “Whenever my mom and I went to games, he was always a great guy to us, and I always liked watching him play.”

Because of his vast understanding of KU’s offense, Weis Jr. said it pains him not to be able to jump into drills and work as a full-fledged coach, but he understands that everything he does today will help him in his coaching future.

Mitchell and the rest of the staff are more than OK with whatever help he can provide.

“I think the players, because of his age, they don’t feel intimidated by him,” Mitchell said. “If they have something they feel more comfortable asking Junior about, go ahead. Because at the end of the day, we all want the same thing.”

Matt -- First, thanks for all the great work!

Second, I've been seeing a lot of questions online, but no real answers, as to whether or not KU has a scholarship for TJ Millweard, or will he initially walk-on?

Assuming Pearce Slater returns and including the dismissed Chris Martin, KUFB had 27 new (2 against 2012 and 25 against 2013) and 2 "returning to KU from JUCO" scholarship players set for this fall before considering Millweard. It would seem KU has used up all the available initial counter scholarships for this fall.

But does the NCAA still require KU to carry Chris Martin as an initial counter? If Martin had left voluntarily, the answer under the Bylaws (15.5.6.4.1 Voluntary Withdrawal) would be "no", so that would leave a current year scholarship to cover Millweard. But I cannot find any exceptions in the NCAA Bylaws for dismissed football players.

However, if KU does still have to count Martin, as Millweard was not recruited by KU and did not sign his scholarship paperwork until after the start of fall practice, I believe KU can still offer him a scholarship for this academic year, but count him as an IC for AY2014-15. See http://www.athleticscholarships.net/2012/07/25/schools-flexible-scholarship-limits-athletes-aid.htm

So either way, it seems Millweard is good to go scholarship-wise, but can you shed any light on how the NCAA treats "initial counters" in situations like Martin's?

Greatly appreciate any insight you can provide!

I thought Matt commented yesterday that he thought we were out of scholies, and that TJ would be a walk-on.

If so, I missed it. And, according to the site I mentioned above, unless KU recruited Millweard, he meets all the exception rules to count against 2014. Here's the relevant text from that link --

"An athlete can be put on scholarship and not be counted as an initial counter until the following year if: ◾He was not recruited; and ◾He signs the scholarship after the start of fall practice.

That fits with NCAA Bylaw 15.5.6.3.4, so it would seem Millweard is good to go unless KU did in fact recruit him.

And given all the loopholes in NCAA Bylaws, I was wondering if I missed some other exception, hence the Martin question..

I just double checked and in an earlier response to his first blog mention of Millweard, Matt wrote he "believed" TJ would be a walk-on. Nothing verifying that since then.

Matt - And you were just commenting on there not being much to write about Jr. I think it was Rivals that had a nice article along the same lines.

I'm excited for all the possibilities.

I saw a picture of him from a UCLA practice with a Grizzly Adams beard. I still can't grow a beard and I'm 20+ years removed from KU...BEARD FAIL!

I can grow a beard, but I won't. White is not an attractive color on my face.

You are not a redneck.

Millweard was playing beind All-America candidate Brett Hundley, who is a Soph. Smart move on his part to come to KU.

I misread the title. I thought it said "Kansas 'not the place' for UCLA QB Millweard." Wow. The dyslexia kicked in big-time there.

Very interesting read about Weis Jr. and Mitchell; I also like stories of professional athletes being good dudes, I like Kevin Faulk now and will always remember.