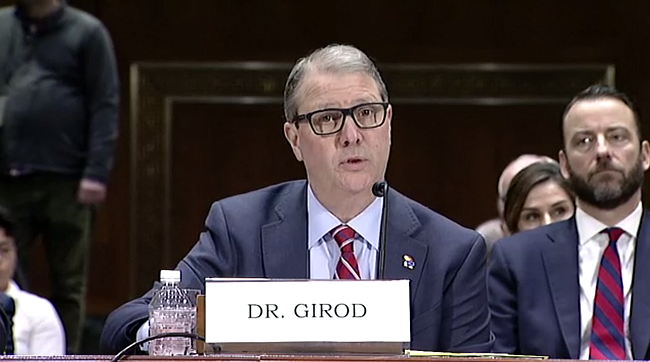 What a can of worms this opens up.

Just wait until the millionaire OAD takes the rest of the team including penniless walk-ons to the strip club and gives every one a $1000 to spend.

Basically this means players can earn whatever they want when they want and get it from whatever source they want. Or ....are we saying elite players are the only ones that receive elite money from elite sources!

So, like any other adult in a free market system?

Then if these athletes are now professional in a free market system, there should no longer be student athlete scholarships. Each student athlete should have to sign a contract to play for the school, for a particular duration or number of years, for a particular amount of money, and have to pay an agent. If it's a free market system, then it should be run like a free market. At which point, the days of O&D would be over, and student athletes could attend school part time, take 1 class per semester and fail every class without any repercussions. Student athletes could make their entire career as a KU Jayhawk. Imagine, 20 years off the KU bench, having taken only 120 credit hours with a 0.8 GPA, and no where close to graduating. Soon there will be players retiring as a Jayhawk complaining there is no pension, player union, health benefits, or emergency fund to fall back on. As I said......a can of worms, mass hysteria(sarc)!!!

The only way this really works is to implement as a socialist scheme.
The only players who really benefit are the elites/stars. The players will now gravitate to the better schools who can sell more jerseys. Can a smaller school like Duke or Wake Forest compete with the larger elite State schools like OSU, Penn State, Arizona or Kansas. DL's and OL's are out for the most part. Most defensive players will be out of the money. Bench players can only sit and watch the others rake it in.
Product prices are already out of sight. $39.95 for a basic T will become $49.95 or more. Fans will pay in the long run. REALLY BAD IDEA FOSTERED BY CA LIBERALS AND BERNIE SANDERS ECONOMIC MORONS.
Finally, who pays for their living expenses, tuition, etc.

Are you sure you know the difference between capitalism and socialism? An athlete who receives compensation in return for an endorsement is free market capitalism. Sounds like you don’t want that and the opposite of this would be socialism which also sounds like you are against.

This isn't about socialism vs capaitalism. This is about amateur vs. professional athlete.

As a strong proponent of free markets, I could say, "Well this is just paying just and fair compensation...just the same as if a great brain surgeon gets paid more than an 'average' one, so to speak. But it cannot work in college athletics. It's not a marketplace, and it's unfair to the 'lesser' athletes. One guy on a team gets paid, another does not. One guy's shirts sell thousands, the other guy's (or girl's) don't.

Anyone put together a schedule of compensation for these guys? The cost of their education, food, housing, transportation, tutors, dietitians, etc.? What this will do to college athletics I cannot even begin to imagine...this is going to create conflict, resentment, greater inequality (increase disparity between the big schools and lower tiers), and I think increase the chances of graft and corruption instead of decrease it.

Why not have the money paid to the schools who put it in a trust fund for the particular player with that trust fund to be made available to the student upon and only upon college graduation?

Because they're adults, Dale.

Paying players makes sense. College athletics is big business, and the athletes are the ones getting the seats filled. Guys on academic scholarships aren't prevented from going out and getting a job. I for one am ready for the sham of "amateurism" (with the biggest laugh that it is enforced by the NCAA) to be abandoned.

No. We should continue to allow greedy old white guys (no offense to white guys of course) to profit billions of dollars on the back of this facade of amateurism that everyone knows is as phony as intellectuality in the State of California. We should continue to pretend that these kids have never received a red penny in their lives to preserve this facade and continue to allow the aforementioned old white men to generate maximum profits for themselves while the very people who are the driving force behind all of this revenue are supposed to get NADA.

I suggest the NBA draft the elite players out of highschool, get rid of the 19 and older rule, make it mandatory they play one year in the d league and let the kids that want a education or need more development play in the NCAA. To be honest with some of the one and dones going overseas to play for pay it's been a lot more interesting watching the game, a lot more parody.

strange seeing Emmert and Girod together discussing this topic on a panel with what is going on between the two institutions.