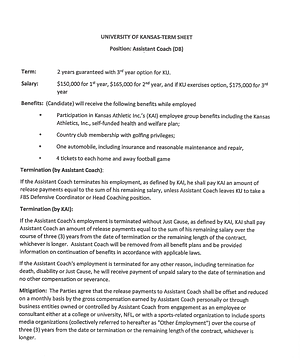 DB is the one position KU football seems to excel at. Welcome Chevis

Facts don’t matter to [some] “phans”