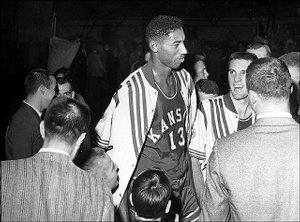 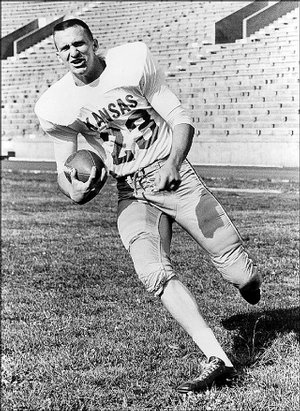 KU beat No. 1 Missouri in 1960, that had to sting Mizzou fans. If that was the last game of the season then it kept them out of the title game. Sweet!

I looked it up and that was the last regular season game of the year for both teams which means at the very least, the loss to KU prevented MU from an undefeated season. I don't know what they were ranked prior to the game so I'm not sure if it kept them out of the national title picture. Apparently in 1960 the national title was determined before the bowl games were played because Minnesota was number 1 in both polls despite losing by 10 points in the Rose Bowl. Missouri beat Navy in the Orange Bowl and ended the season ranked 5th in the writers poll and 4th in the coaches poll.