Breaking down the Big 12 Tournament, game by game... 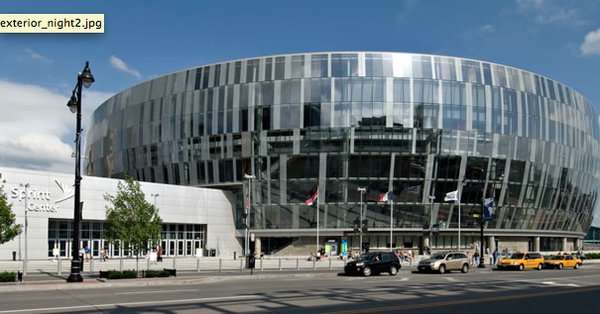 It doesn't take one of the players or coaches involved in this year's Big 12 men's basketball tournament in Kansas City, Mo., to tell you just how wide open and difficult the event figures to be this year.

Of course, it doesn't hurt to hear from them either, and Kansas University coach Bill Self on Monday best summed up the task ahead in one sentence.

“I think we've always had very competitive Big 12 tournaments,” Self said when asked about the stacked nature of this year's bracket... “But I don't know if I can ever remember where if there's a final between (two lower seeds), it would be absolutely not a major surprise to anybody. When you look at our side, you've got a No. 1 (Kansas) playing No. 8 (Oklahoma State), and No. 8 was picked to win the league.”

In order to get the rubber match with Kansas, of course, Oklahoma State first will have to get past Texas Tech on Wednesday. If they do, the Cowboys and Jayhawks will tangle in the 1-8 match-up at 2 p.m. Thursday at Sprint Center.

Given the distance between the seeds of those two preseason favorites and the fact that a bunch of good teams fall in between there, it's conceivable to think that as many as eight teams head into this week thinking they have a legit shot to win the thing.

I see it more like four, with Kansas, Oklahoma State, Iowa State (4) and then possibly Baylor (7) being the most likely teams to get hot and wind up on top.

Of course, Oklahoma (2), Texas (3) and Kansas State (5) also figure to be tough outs and West Virginia (6), which just rocked Kansas last weekend, has to like its chances on the better side of the bracket and with the edge of knowing it has to make a deep run to get into the NCAA Tournament.

With that in mind, here's my guess at what's in store for the entire week ahead, starting with today's 7-10, 8-9 match-ups all the way through Saturday's 8 p.m. championship tilt.

Season series: Split 1-1. OSU lost by 4 at Texas Tech in the game in which Marcus Smart was thrown out and later suspended for shoving a fan. And the Cowboys won the rematch by 22 in Stillwater, Okla., in Smart's return from a three-game suspension.
Breakdown: It doesn't sound like many people give the Red Raiders a chance in this one, and that's understandable. Tech has some talent and athleticism and will scrap on defense, but Oklahoma State has too much offensively to go home early.
Prediction: Oklahoma State 81, Texas Tech 69

Season series: Baylor 2-0. Bears rocked the Horned Frogs by a combined total of 59 points in two meetings this season.
Breakdown: The Horned Frogs have shown some heart at times this season but they've been overmatched every night and they're in desperate need of the chance to hit the reset button and to head into the offseason hoping for better things in the future.
Prediction: Baylor 88, TCU 63

Season series: Split 1-1. Wildcats lost by 6 in Ames in late January and won a grinder by 7 in Manhattan on March 1.
Breakdown: This might be the best match-up of the entire tournament, as these two teams played absolute gems in Ames and Manhattan and seem to match up so well against each other. Three-point shooting was key in both match-ups and the battle between Marcus Foster and DeAndre Kane is a pleasure to watch. The 'Cats haven't been great away from home this season and even though there figure to be a lot of KSU fans in Sprint Center for this one, Iowa State's fans always have traveled well for this event, too. Besides that, the early tip could neutralize some of the KSU crowd advantage. Melvin Ejim's the difference.
Prediction: Iowa State 76, Kansas State 71

Season series: Split 1-1. KU won by two in Lawrence and had a 10-point lead with 11 minutes to play in Stillwater, but lost by 7 on OSU's home floor.
Breakdown: The blow of losing Joel Embiid for the next couple of weeks certainly stings, but I look for the Jayhawks, and the partisan Sprint Center crowd, to rally around each other, play crisp and focused basketball and knock off the Cowboys in a doozy. OSU beat KU with Embiid less than two weeks ago, so it they'll have plenty of confidence that they can do it without him. On the flip-side, KU will be looking to prove it can beat a quality opponent with or without their big man.
Prediction: Kansas 77, Oklahoma State 74

Season series: Oklahoma 2-0. Bears lost by 2 at home and then by 16 in Norman, three weeks apart.
Breakdown: Since losing to OU for the second time this season on Feb. 8, Baylor has won seven of eight games and looked like a much better team than it did during the stretch of eight losses in 10 games that came before it. Not content to simply slide into the NCAA Tournament, the Bears are hungry to prove they're worthy and are also playing to improve their seed.
Prediction: Baylor 72, Oklahoma 67

Season series: Texas 2-0. Longhorns won by 11 in Morgantown in mid-January and by 15 in Austin in mid-February.
Breakdown: Confidence is a crazy thing and the Mountaineers, who seem to be the lone Big 12 team playing for their NCAA Tournament lives this weekend, have a ton of it after drubbing Kansas and seeing guard Juwan Staten earn first-team all-Big 12 honors last weekend. They'll play with a nothing-to-lose mentality and the Longhorns, who tend to get more fired up for the more traditional rivalries — Kansas, Oklahoma, etc. — will be caught sleeping.
Prediction: West Virginia 83, Texas 75

Season series: Kansas 2-0. Jayhawks picked up a big, early conference victory in Ames in mid January and won by 11 at home two weeks later.
Breakdown: Getting past Oklahoma State on emotion is doable, but this is where the loss of Embiid will hurt the Jayhawks. In two wins against Iowa State this season, Embiid combined for 30 points, 20 rebounds and 6 blocks on 12-of-17 shooting. More impactful than the numbers he put up was the presence he provided. Iowa State has no answer for that kind of size, but with Embiid out, they'll be better prepared to attack the rim and kick out to their dangerous three-point shooters. Beating KU means a lot to the Cyclones and this could be their best shot to get it done.
Prediction: Iowa State 79, Kansas 74

Season series: Split 1-1. Each team won on the other's home floor, with Baylor winning by 13 in Morgantown in late February and WVU winning by two in Waco in late January.
Breakdown: West Virginia gets the edge in the backcourt, but the Bears have an advantage in the front-court in this one. Neither team is known for its defense, but the Bears' ability to play tough and disrupt things in the paint could be the difference here. In order for Baylor to make it this far, Cory Jefferson is going to have to have a huge tournament. He's one of the more underrated players in the league and I think his passion and power along with the hot shooting of gunner Brady Heslip (who likes the Sprint Center) could be enough to carry the Bears into the title game.
Prediction: Baylor 85, West Virginia 77

Season series: Split 1-1. Iowa State won by 15 in early January in Ames and Baylor won the rematch by 13 in early March in Waco.
Breakdown: Playing four games in four days is no easy task and that's what the Bears will have to do if they reach the title game. Knowing that they've solidified their spot in the NCAA Tournament and running on fumes, the Bears get out-athleted in this one and simply cannot handle Iowa State point guard DeAndre Kane.
Prediction: Iowa State 84, Baylor 73

Great predictions Matt. I agree with every one. However, I hope we're wrong and TT upsets OSU. OU/Baylor should be a great game as well.

As a side note... Lost in all the Embiid talk is the fact that Mizzery is headed to the NIT and Calisleazy is unranked. Rock Chalk!

Nice article, Matt, but I think it's going to be the two best coaches not named Self in the finals, i.e. The Mayor versus Lonnie.

KU's hope is have Smart decide he is the best three point shooter in the world, Iowa State have another off day shooting the threes and OU runs out of gas after playing the State of Texas.

Diehard Jayhawk that I am, this tourney was a toss-up WITH a healthy Jo Jo. Without him, frankly, KU is the underdog UNLESS the backilne decides to guard someone, Andrew is still seething from WV, Perry wakes up, Wayne takes over Black stays on the floor not the pine and Conner remembers how to hit a three pointer.

Man, we would be pretty dang good if all of that happened.

Funny thing is, all of those conditionals just require motivation. Here's to hoping we have some, if not this weekend, definitely next.

I'm switching Texas and putting them in the title game with ISU winning. This will be a fun week though

No way Faylor has enough to get all the way to the championship game.