Plano, Texas — Mark your calendars, iPhones, iPads or technological device of choice for 10 a.m. on Monday and Tuesday, July 25-26, when Big 12 football media days take place at the Westin Galleria in Dallas.

I arrived a few days early to visit the family in Plano and take some vacation time before the two-day event. Next week, I'll attend media days with KU football beat writer Matt Tait and KUsports.com online editor Jesse Newell. Hit us up on Twitter (I'm @Big12_Spotlight, Matt is @mctait, Jesse is @jessenewell) with media days inquiries and/or comments.

We'll have live updates Monday and Tuesday on the Conference Chatter blog, so feel free to become sidetracked from work for a few hours, join the online discussion, ask questions or make requests in preparation for the 2011 college football season, which is 44 days away from opening weekend.

Click here for the complete two-day schedule, which includes when each Big 12 coach will speak, along with player representatives who were selected to make the trip.

Before next week's media days, I thought of a few topics to help get us in the college football frame of mind.

Answers will come in threes. Feel free to include your answers in the comments section below. Let's do this:

1. Oklahoma will average 45 points per game. Oregon led the country in scoring offense with 47 points per game last season, and I think the Sooners will put up similar, gargantuan numbers in 2011. Three years ago, Sam Bradford-led OU put up 51.14 points per game during the year it lost to Florida in the BCS Championship. This OU team is just as loaded. 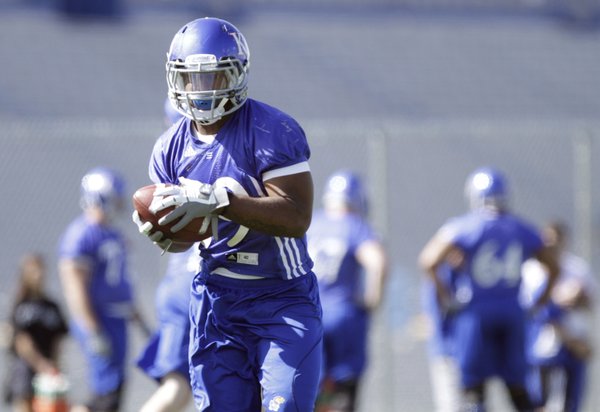 2. Kansas running back James Sims will amass 1,000 rushing yards and 15 touchdowns. The Jayhawks' record may not look good in 2011 due to its brutal schedule, but fans should notice visible progress in coach Turner Gill's product on the field. Running the football will be the strength of KU's offense this year, and Sims should have a chance to build off a productive freshman year in which he scampered for 735 rushing yards and nine scores.

3. Missouri will rank in the top five in the country in quarterback sacks. The Tigers ranked ninth last year with 37 sacks (2.85 per game). Despite losing Aldon Smith to the NFL, MU's defensive front is stocked with talent (Brad Madison, Jacquies Smith, Dominique Hamilton, Kony Ealy, Sheldon Richardson). Missouri should make a push for 40 total sacks.

2. Former Texas A&M quarterback Jerrod Johnson. Didn't work out for him last year (benched in favor of Ryan Tannehill), but he was extremely articulate and an interesting guy.

3. Former Missouri wide receiver Jeremy Maclin. A very original quote who three years ago said he tried to mimic Torry Holt on the field. He might turn out to be better.

1. Landry Jones, Oklahoma. Threw for 4,718 yards and 38 TDs vs. 12 INTs last season. Crazy to think the junior should improve those numbers this year. 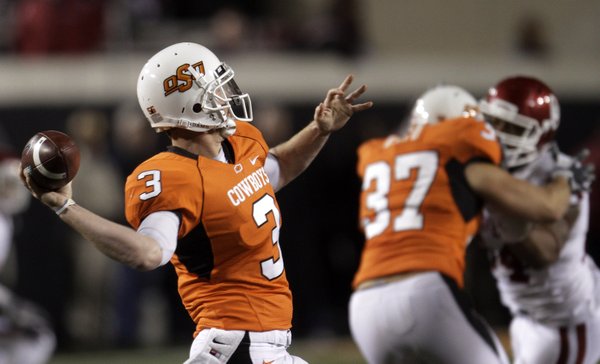 2. Brandon Weeden, Oklahoma State. All-world receiver Justin Blackmon is also back for the Cowboys. Most fun tandem to watch in the country.

3. Robert Griffin, Baylor. As long as RG3 (only a junior) is under center, the Bears will most likely go bowling.

1. Oklahoma at Oklahoma State, Dec. 3. Bedlam could decide regular season champion this year in Stillwater, Okla. The Sooners carry an eight-game winning streak in the series.

2. Texas A&M at Oklahoma, Nov. 5. The Sooners don't lose at home. They've won 36 straight in Norman, Okla., the longest active streak in the country. However, if A&M wants to contend for the Big 12 crown, this is a game the Aggies would likely need to steal.

3. Oklahoma at Florida State, Sept. 17. For all the hype surrounding the Sooners, a perfect season and a potential BCS title berth could be on the line in their second game of the season in Tallahassee, Fla. The Seminoles should be ranked around the top five in the country to start the season.

3. No Big 12 Championship game. At first, I felt like I'd miss the conference title game. I thought with the basketball postseason tournament at Sprint Center in Kansas City, Mo., and the football championship game at Cowboys Stadium in Arlington, Texas, the Big 12 had the best hardwood-gridiron postseason combination of any conference. I don't think I'm going to miss the football title game too much, though. The North division had lost seven straight title games and nothing suggested the South's dominance was going to end any time soon. Plus, without a championship game, a Big 12 squad will have an easier path to the BCS Championship.

1. The absence of elite running backs in the Big 12. Cyrus Gray from Texas A&M is the exception. Other than that, no back in the Big 12 is truly elite yet. 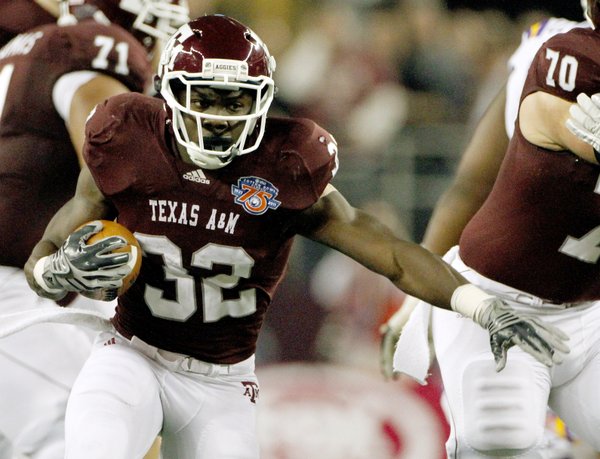 2. The thought of dethroning the SEC. Just because it seems so far-fetched. The SEC has won the past five national championships, and the Big 12 has lost two in that time. Can anyone knock off the SEC in the title game?

3. No Mike Leach at media days. Long live the pirate.

That should be all for now, friends. Looking forward to taking part in media days conversations next week on KUsports.com.

What brings you to that conclusion, jhwkfan? Have you heard anything that the rest of us don't know about?