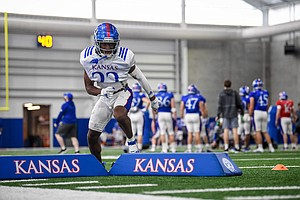 Getting Webb was a huge comfort in my book. Hoping he can basically hold down the one side and let the young’uns take care of the other. Will be really nice having his size when we face the big WRs.

Lucky for us, no one throws the ball in our conference.