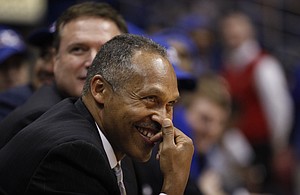 how neat is that?

Be nice if his coach would let him start.

Jonathan: Nice youtube video. I was waiting for a bear to come out of the woods and chase him down the mountain side---LOL.

I apologize in advance, because now anytime someone says something is neat you are going to think about that guy.