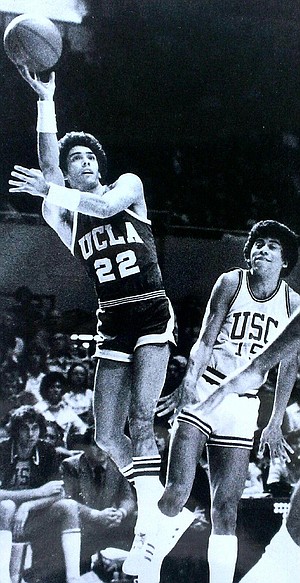 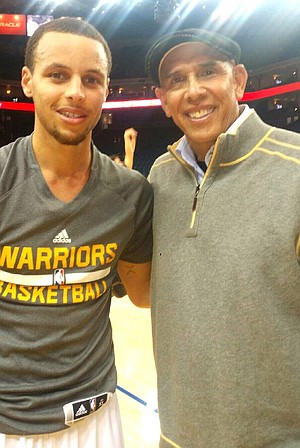 Only 25 teams. Regionals were just that - regional. No such thing as 6-7 schools from the Big12, Big East, or ACC. Conference champions only and sometimes a 2nd at-large bid. TWO WINS PUT YOU IN THE FINAL FOUR.

In 1972 the Western region included Long Beach State, Hawaii, Weber State, BYU, with San Francisco and UCLA getting a 1st round bye. ULCA beat Weber State and LBS to make the Final Four.

It's still impressive, but NOTHING like the madness and PRESSURE of today.

Fantastic article. I had no idea!

Wow! What a story. What a connection. Where has this story been hiding? What are the chances? That is very strangely random to me. Not easy to have two brothers, from two very different eras, playing or in a senior position of two universities in different parts of the country tied to winning a 13th CONSECUTIVE conference championship.

On another note, some of you old-timers might remember Pekka Markkanen from the 1989-1990 team. I had no idea his son played for Arizona now.

We were briefly in on recruiting his son Lauri. He's a stud at AZ. Wish his dad had convinced him to come to KU.

I only bring it up because I saw an article about it on the CBS Sports website. Sad that he went to play for the team that robbed us of our 1997 NCAA championship. I hate Arizona.

I can identify with you, Bryce. Of course, living here in Tucson, I am aware of Pekka's son, who indeed is an outstanding player. My neighbors don't understand why I don't root for U of A, until I tell them the reasons.

Don't know if Lauri will be a one and done, but it is a possibility. My gut tells me he will return next year. We certainly could have used him to shore up our inside game, plus he shoots well from outside.

Pekka was definitely a "diamond in the rough" picked up by Roy Williams early in his Kansas career.

Sorry to hear you have to live with those bastards. Get out of there as soon as the opportunity presents itself!

Very nice article. I do believe what Bill Self has done has been harder than Wooden's as he had to go through 12 teams to get his as opposed to 8.

Coach T a stand up guy and has guided Frank from day one. He always have given it to him straight.