With Weis at helm, KU academic staff not worried about juco signees’ academics

Bringing in junior-college transfers can come with a considerable amount of risk for any college football program.

That risk, however, is diminished somewhat at Kansas University because of the way KU coach Charlie Weis and Paul Buskirk, the school’s associate athletic director for student support, work together from the time a prospect sets foot on campus to enrollment and the beginning of classes.

Buskirk said he asks for and receives one-on-one meetings of 30-45 minutes with each junior college prospect that takes an official visit to KU’s campus. During the sit-downs, Buskirk not only outlines the academic model and resources available at KU — a key element in the recruiting process for many athletes — but also gets a better feel for the prospects as students. Such limited sessions may not seem like enough time to make a definitive read, but, as Buskirk pointed out, the meetings are better than nothing and can be quite revealing.

“A lot of times, the coaching staff will make early decisions on these guys,” Buskirk said. “If I indicate that the numbers for an individual student just are not good, then I’ve seen (the coaches) walk away. We have the complete backing of Coach Weis in anything we do, and I appreciate that they ask for guidance.”

The up-front emphasis on academics is just another layer of transparency and accountability that Weis has made a staple of his program and, according to Buskirk, makes a world of difference in keeping the academic concerns of the transfer students to a minimum.

“I can’t applaud Coach Weis and his staff enough for their help in this process,” said Buskirk, who works closely with what he refers to as “an entire academic village.”

“It would be night and day to just be handed a list and told, ‘Here, good luck.’ I’ve been there, done that and it’s unmanageable, unruly and it doesn’t work,” Buskirk said.

Last week, 10 junior-college players made official their commitments to KU by signing national letters of intent on the first day of the mid-year transfer signing period. The haul became national news, included ESPN’s No. 1 ranked juco player, defensive tackle Marquel Combs, and was celebrated for the impact these new players could have on the struggling program. While the juco-heavy class triggered concern from fans and provided ammunition for foes, those within the KU program never worried because of the early emphasis on academics.

“Each one of these 10 transfer students can and will be successful here if they choose to,” Buskirk said. “I don’t have any doubts about the academic abilities of any one of these 10. I wouldn’t say it if I didn’t believe it.”

By the time national signing day rolls around in February and Weis completes his second recruiting class at Kansas, the Jayhawks are likely to have as many as 19 or 20 junior-college transfers. That’s a high number by any standard and as large a class as KU ever has had. It’s also further proof that Weis’ talk about modeling KU’s turnaround after Bill Snyder’s at Kansas State is not something he’s hiding from.

Weis, who serves as the direct liaison between the athletes and their advisers, also refuses to hide the importance of academics. During his first semester in charge, Weis spearheaded a major improvement in the team’s grade-point average — from 2.46 to 3.0 team-wide — and he’s not about to stop there.

“If he doesn’t believe that they’re here to be serious about everything, including school, then he’s not taking them,” Buskirk said of potential recruits.

Added Weis about the academic prowess of the 10 players he signed a week ago: “Obviously, they did a lot of work to put themselves in a position where they can graduate now instead of graduating in May. This is not the easiest task. In most of their cases, (they) get it done in a year-and-a-half and that’s taking heavy, heavy loads of classes. ... This is not a simple process.”

Junior-college recruiting at Kansas has not been limited to football. Even KU men’s basketball coach Bill Self has gone the juco route at times, but there are a number of factors that make such a plan of action far less common.

The reason? The emergence of prep schools, which essentially serve as a fifth year of high school for student-athletes who struggle with eligibility and are drawn to the growing hoops reputations at many institutions.

Like Weis, Self has complete faith in KU’s academic resources. That’s why he rarely hesitates when the need to mine junior-college talent arises.

“We have taken multiple transfers at KU that really needed to get busy for two years to graduate and they’ve done it,” Self said. “With the support we have here, kids are gonna graduate if they get after it.”

Are there concerns that go beyond football when signing so many junior-college players? Sure. And Buskirk addressed those, too.

“The rulebook gets a great deal more thick, the details are massive and there’s no room for mistakes,” he said.

Beyond that, many junior-college athletes already have developed an academic routine that can be difficult to tweak and simply will not cut it at Kansas.

“Many people look at junior-college transfers and think half-empty glass and I understand that,” Buskirk said. “But I feel like I have a very good handle on where these young men have been. They’re aware of how we do things, and that’s a tremendous head start. Other coaches at other times have not given the same type of support early on in the recruiting process and I cannot tell you how much a difference that makes. It’s huge. Absolutely huge.”

Translation: We'll squeak these guys through with an African American Studies or Sports Science degree with no problem.

Your heart appears to be 2 sizes too small...

Not really...he's just stating what is probable. Although somewhat comical, that comment was neither racist nor biased in any way when you think about it. And to be honest, there's nothing wrong with college athletes going that route if they can't cut being a doctor or lawyer.

add bio-chemistry and micro-biology and you have the new pre-med with a Exercise Science degree. The OP is off the mark with his assessment of a Sports Science degree. My son has his Masters in Exercise Physiology and is now a Aerospace Physiologist in the Navy as a Air Medical Safety Officer. The Navy accepts less than 100 applicants a year into the program. This isn't North Carolina we're talking about here.

Get some Navy! You deserve to be proud..

Very disappointed by the cynical comments. Coach Weis is an absolute treasure for this university. Not only is he the best football coach in the Big 12 (3 Super Bowl rings and a former coach at Notre Dame), but he's also a great builder of men. He cares about academics as much as he cares about the game.

He's right about treasure. Weis has followed the Bill Snyder formula with JUCO heavy recruiting classes and makes sure his players represent KU well on and off the field.

Weis is no Bill Snyder and is not the first coach to try to fill a roster with JUCO players.

Schools in states without enough HS talent to fill a program, let alone 2 in the case of Kansas, are dependent upon JuCo players to fill up rosters. Recruiting JuCo kids is a necessity to succeed at Kansas, the question becomes can Weis find the right JuCo kids that will make KU successful. There are quite a few recruiting experts that seem to think Weis hit a homerun with this class, but we'll find out in September if he did or not.

When did I say he was Snyder? I said he's using that same formula.

Crystal, I love your enthusiastic optimism concerning Coach Weis. I have been tremendously impressed with everything he's done thus far, and I am extremely pleased that Mr. Zenger was able to hire this man.

You might be on to something. Harvard offers an African American studies program/degree. I'm fairly certain Ahperse hasn't bothered to take the time to research the curriculum before blessing us with this latest, witty zinger.

I've got some news for you: Ahperse doesn't take a lot of time coming up with his latest negative post -- especially when he's in a mad dash to be "first." It isn't worth it to get worked up over what he says. Sometimes he deserves a laugh and more often he deserves a groan and a shake of the head. He doesn't, however, deserve a serious response.

And so...why is that racist. It's factual since most are indeed black. So what? What's wrong with African American studies for black students? Quit getting so defensive...

It's racist because he's implying that it's not a serious subject and that it's just something people can breeze their way through.

Give Weis time to put his stamp on the KU football program. Many players left the program when challenged about the demand the new coach would require both on and off the field. This is Weis' first full season to recruit. As you may recall when he took the job most of his efforts was to assess what he had inherited and determine which players who had committed to KU and Gill would fit his philosophy and were worth trying to retain. This is his first true recruiting class. Unlike basketball, where one recruiting class can turn around a program, football requires much more depth and a large group of quality student/athletes. I was frustrated by the outcome this year based on wins and mostly losses, but it is clear Weis is building the foundation for a solid program.

Why do footballers choose juco rather than prep school? Eh?

From the article above:

Actually, virtually every boarding school in New England offers football. They have a long history of developing hockey players with post-graduate years, they've now moved into basketball. Perhaps football is not far behind.

Merry Christmas from Texas y'all! 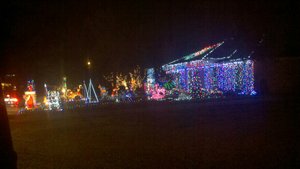 Absolutely!! Could not say it better.