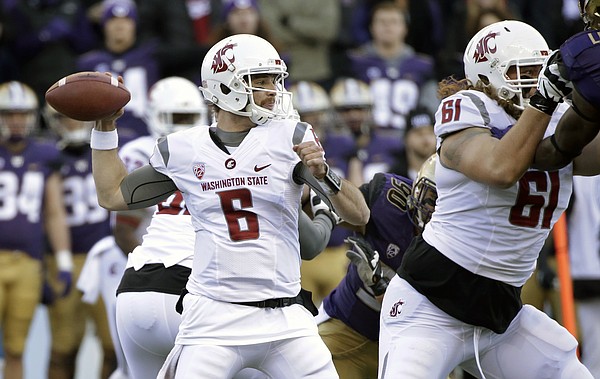 Kansas football coach David Beaty and his staff solidified eight spots in the program’s 2017 recruiting class Wednesday, when a handful of future Jayhawks signed their national letters of intent on the first day of the mid-year signing period, which runs through mid-January.

A prospect who didn’t commit to KU until late Tuesday evening joined the list of signees, as well. Kerr Johnson, a 5-foot-11, 180-pound wide receiver from Santa Rosa Junior College, got on board with the Jayhawks mere hours before signing.

As a sophomore this past fall, Johnson was named to the California All-State junior college team. The Santa Rosa, Calif., native caught 50 passes for 894 yards and 11 touchdowns in 10 games before signing on with Kansas.

“I can’t wait to get there (to KU) and prove myself,” Johnson, a three-star juco wideout according to Rivals, said.

Outside of Bender and Kerr Johnson, though, Kansas added the majority of its help on the defensive side of the ball. Defensive tackle J.J. Holmes, cornerback Hasan Defense, defensive end Willie McCaleb and cornerback Shakial Taylor all earned three-star rankings from Rivals as juco additions. KeyShaun Simmons, a two-star defensive lineman, also signed on with Kansas.

Way to go Coach! We're improving and it's December. Can't way to see these new Jayhawks help the turnaround we are seeing on the gridiron.

Glad to see we are shoring up the defense with experienced players and building on this year's success after losing a ton of key players to graduation, but more important is the fact that all of these guys will be here in January. That is a huge help to the program getting them in the weight room and learning the playbook to add to our depth by the time spring ball starts. That should put them ahead of schedule so that when fall camp comes around, they'll be seasoned vets in the program and able to contribute right away.

The signs are definitely there and we seem to be on the right track with HCDB.

How many slots are left?

All three stars except the one two star. Looks like a solid class on paper. Congrats!

Cora - Based on the information in TKs recent article there are 9 scholarship players counting against this class that were on campus for this season (blueshirts). With the 16 listed above that would make a full class.

Based on what we have seen from Coach Beaty so far I can't imagine him stopping there. I would be surprised if there weren't at least a half dozen blueshirts again next year. Most will likely be out of the blue like this year and actually get us close to a full program (85).