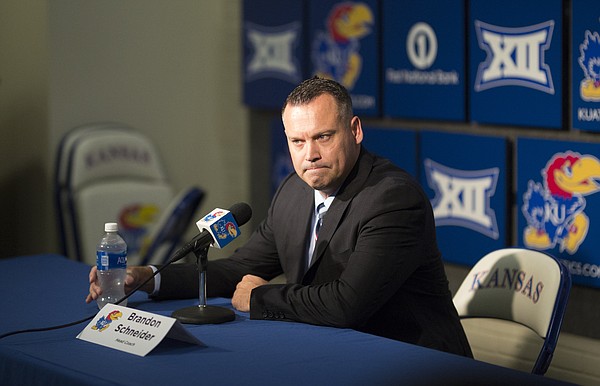 I don't know if this goes anywhere, but would like to encourage my fellow Jayhawks who are able to do so to season opener on the 12th. Least we can do as fans is let them know we're there for them. Tough breaks for them to start the season.

With the new players, they will still be improved this year. Washington's loss is heartbreaker. But by mid-season, these ladies should be established and much more solid than what we have seen for awhile. In the beginning, the problem will be, who will take up scoring loss on a constant basis. Defense and rebounding should be better.

Kusports didnt mention the top 50 pg from Louisiana being committed?

I get it, it happens all the time, they’re kids, yadda yadda, but I hate this crap. I know it’ll never happen, but I’d like to see it change to where kids can’t commit until their senior year and if they decommit, unless related to a coaching change, they lose a year of eligibility. They need to take the decision a lot more seriously. /end grumpy old man rant..