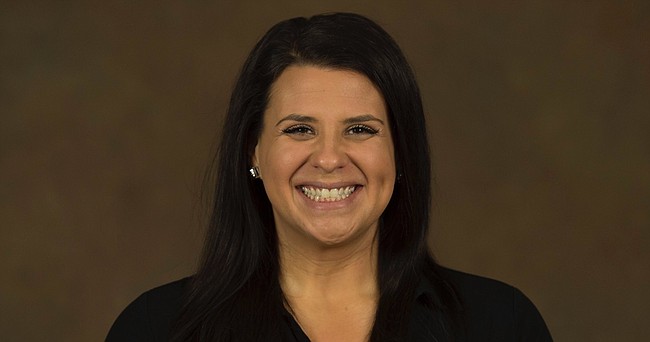 The University of Kansas football program has hired a new director of football operations from one of the premier programs in the Big 12 Conference.

On Wednesday, a Kansas Athletics spokesperson confirmed to the Journal-World that Tory Teykl had been hired as an assistant athletics director for football operations. Teykl comes to KU after three full seasons in the same position at the University of Texas under UT coach Tom Herman.

Prior to that, the 2007 Texas A&M graduate and native of Rosenberg, Texas, spent eight years working at the University of Houston, four of them in football operations. She received a masters degree in sports management from Texas A&M in 2009.

Upon hiring her to join him in Austin after leaving Houston in December of 2016, Herman called Teykl “great in her role, totally aligned with our coaches and critical to the success of our program.”

Before getting involved with football at Houston, Teykl worked in marketing, eventually becoming Houston's director for marketing and promotions in 2011.

According to Teykl’s LinkedIn page, her duties at UT included coordinating the program's daily operations, summer camps and team travel plans and working as a liaison with UT’s compliance staff and academic services.

Mike Huff served as Kansas football’s director of operations in 2019, during Les Miles’ first year in charge of the program. Huff is still with KU, but he has been reassigned to a role in administration, according to the Kansas Athletics website.

Welcome to the University of Kansas, Kansas Athletics and the Lawrence Kansas Community. Jayhawk Nation hopes this newest life and employment endeavor fulfills your expectations and dreams.

This is what we get in exchange for Andrea Hudy?

Obviously, I'm kidding. Based on her role alone, Tekyl stands to be much more impactful on Kansas Athletics than our dearly departed Coach Hudy. And I'm happy it's a woman in the role. Speaks to progress.

It's my recollection we get Texas's number one draft choice in the 2021 basketball recruiting class as well.