Kansas guard Wayne Selden Jr. (1) drives to the basket in a Team USA gold-medal game against Germany Monday, July 13, at the World University Games in South Korea. by Mike Yoder

After spending a good chunk of his summer preparing for the World University Games, in South Korea, and then leading Kansas/Team USA to a gold medal, Wayne Selden Jr.’s basketball journeys continued with a trip to the adidas Nations event, near Los Angeles, in early August.

It was there that DraftExpress.com caught up with Selden, a junior guard at KU, for a quick interview. Though he has played two seasons in the Big 12, Selden described the competition level at adidas Nations as high, too.

“You know, it’s basically everybody that’s left in college, that’s been around for a few years, and it’s a lot of guys that just know how to play basketball,” Selden said.

According to SBNation.com, Selden played on one of the four teams there that featured college players, and he teamed up with Iowa State’s Monté Morris and Gonzaga’s Kyle Wiltjer. At one point, they lost to a team led by Indiana’s Yogi Ferrell.

It sounds like a worthy training ground, and Selden told DraftExpress.com he plans to be a better player this coming season for Kansas.

“Last year I had times where I was timid, I would shy away — not shy away. Timid’s not even the right word,” Selden said, deciding to re-characterize his sophomore struggles. “But I wouldn’t always be locked in. That’s probably a better word. I wouldn’t always be locked in. This year I’ve got a different mindset. I’m a lot more focused and I’m working. I’m out here having fun and just playing basketball.” 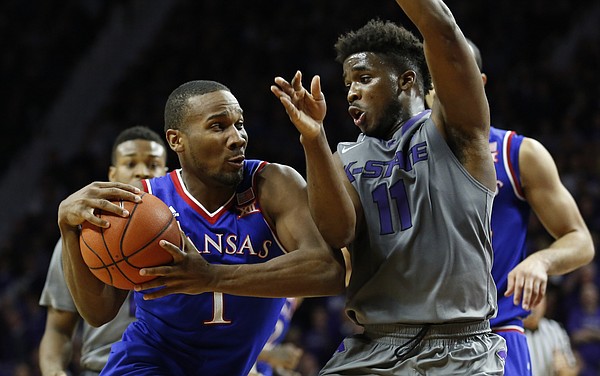 Offensively, Selden’s had issues during the 2014-15 season with his shooting inside the arc. Look at these numbers from hoop-math.com:

Often, Selden would reach the paint — or even the rim — and fail to finish off a solid drive with a bucket. By the end of the season, the guard hit a better percentage of his 3-pointers — 46 of 124 (37.1%) — than his 2-pointers. He said he wasn’t an efficient scorer because he would get to the lane and make things more difficult than they had to be.

“But I feel like I really improved on that, just in the short time since the season ended,” Selden said. “Over in Korea and here I’ve been doing pretty well with it.”

In fact, at the World University Games Selden made 59.7% of his 2-point shots — 40 of 67 — as his offense carried the Jayhawks to an 8-0 record. He was almost unstoppable in the first seven games, making 36 of 50 (72%) of his 2-pointers, before KU played its eighth game in 10 days, everybody’s legs looked dead and he shot 4-for-17 inside the arc in a double-overtime victory over Germany in the gold-medal game. 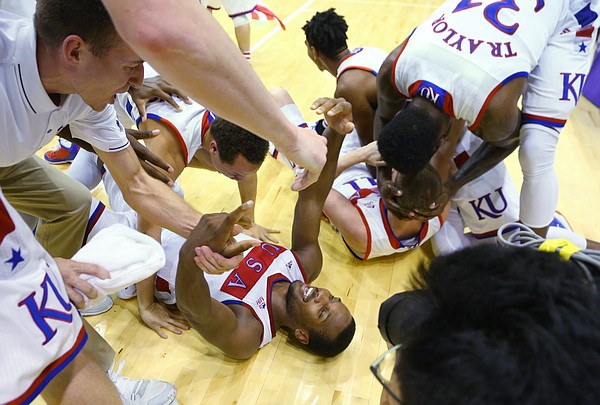 Kansas guard Wayne Selden Jr. (1) is pulled up from the court after being buried under a dog pile of players after a Team USA double-overtime win against Germany Monday, July 13, at the World University Games in South Korea. by Mike Yoder

Selden’s 3-point shooting didn’t suffer in South Korea, either. He made 18 of 48 from deep for 37.5%, just above what he shot for KU as a sophomore. But he hopes to improve upon that clip as a junior.

“I see myself shooting over 40 percent from three this year, much improved jump shot, and I’m real confident with it right now,” Selden said. “I feel like I can make every shot. Even if I miss a shot, I feel like the next one’s going in.”

If he can follow through with that goal and continue finishing inside, the Jayhawks should have no trouble getting back to at least the Sweet 16 for the first time since 2013. Plus, the junior will see his stock rise.

And Selden knows Bill Self needs the junior guard in an effective, assertive role, to compliment junior point guard Frank Mason III and senior forward Perry Ellis. The trio figure to carry the Jayhawks and trade off leading the team in scoring from game to game.

“Basically, me and Frank, we the real bulldogs,” Selden said. “We’re gonna run the squad this year. Perry’s gonna get buckets, obviously, because that’s what Perry does. But me and Frank, we’re the heart of the team. We’re gonna have to take over and run the show.”

In case you were wondering, DraftExpress.com’s mock NBA Draft for 2016 doesn’t include Selden. The website actually has him as a second-round pick — 52nd — in the 2017 draft (after what will be his senior season).

KU freshman big man Cheick Diallo is listed as the No. 15 pick in the first round for 2016, and sophomore wing Svi Mykhailiuk is two spots behind him, at No. 17. Jayhawks senior forward Perry Ellis isn’t listed in the top 60 for the 30-team, two-round draft.

Those are strong words about him and Frank running the squad. I think everyone has come to terms with Perry being introverted and leading by example. This team has lacked a real vocal leader since 2013. Wayne, Frank, and/or Devonte could be that guy this year.