With the 2015 draft out of the way, teams can begin attempting to plug the last — or many — holes on their rosters by offering millions of dollars to the players whose previous contracts just expired.

While national attention turns to the rumors and meetings surrounding LaMarcus Aldridge, Kevin Loves and other marquee names, the coming days and weeks will determine the professional futures of some former Kansas stars, too.

Here is a look at seven Jayhawks in play as free agency begins. 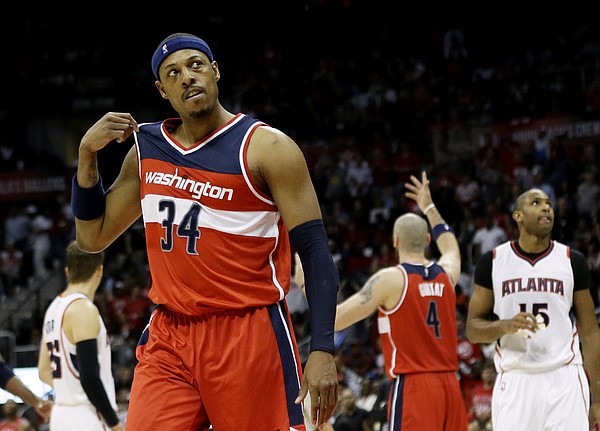 Washington Wizards' Paul Pierce, walks away after a confrontation with Atlanta Hawks' DeMarre Carroll, not pictured, in the third quarter of Game 5 of the second round of the NBA basketball playoffs Wednesday, May 13, 2015, in Atlanta. (AP Photo/John Bazemore)

Pierce might be on his fourth team in four seasons by the time the summer signing frenzy finishes. Now a 17-year league veteran, the former Boston Celtic and one-year Brooklyn Net surprised many last summer by signing on with Washington.

Though the Wizards, who made it to the second round of the Eastern Conference playoffs as Pierce averaged 14.6 points and 4.2 rebounds this past spring, didn’t expect him to opt out of his deal this summer, the veteran forward decided to give himself some options as he nears retirement.

While D.C. remains a legit candidate to re-sign him, the Los Angeles Clippers and Boston both are reportedly interested in adding the 2008 NBA Finals MVP, who won a title with the Celtics, while playing for now-Clippers coach Doc Rivers.

In a piece from The Washington Post’s Dan Steinberg, Wizards coach Randy Wittman remained positive about keeping Pierce in the fold.

“End-of-the-year meetings, talking to him here after the season, I think he was really pleased with the situation that he walked into here, what he was able to help with this team, the future of this team and where we’re headed,” the coach said. “I think those are all great positives. I feel very positive that we’re going to be able to have him back in the fold next year.”

Yahoo’s Kelly Dwyer, however, thinks Pierce will chase another title with Rivers, Chris Paul, Blake Griffin and the Clippers. 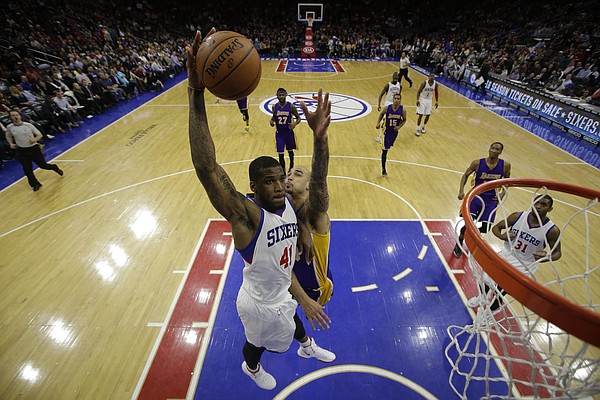 Three years removed from Sacramento taking him with the fifth overall pick in the 2012 draft, Robinson likely will join his fifth NBA franchise this summer. The athletic, raw 24-year-old post player experienced a crazy couple days in February, when Portland traded him to Denver, the Nuggets promptly waived him, Brooklyn planned to sign him and Philadelphia snagged him off waivers before he could become an in-season free agent.

The New York Post’s Tim Bontemps reported Brooklyn, who planned to sign Robinson if he cleared waivers, will target him in free agency.

“He could provide energy and rebounding as a low-cost reserve big, an area where the Nets could use help,” Bontemps wrote.

The decision is all Robinson’s, though. Other suitors could emerge, and he’ll likely take the deal that is best for his financial future. 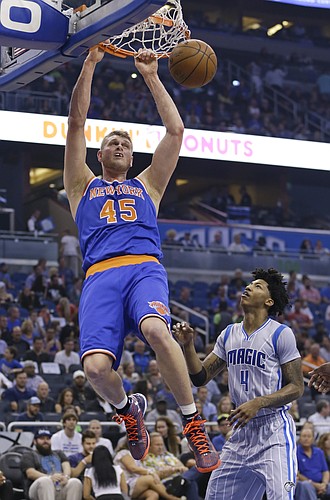 While the Knicks figure to actively recruit some bigger available names, Newsday reports Aldrich is one of the Knicks’ own free agents who is likely to return.

Aldrich told the Journal-World a couple weeks ago he didn’t yet know what kind of deals would come his way.

“It’s just nice to get out there again,” he said. “It’s another summer to get better, and that’s all that matters.”

As a young, inexpensive big man coming off a career year (5.5 points and 5.5 rebounds), Aldrich shouldn’t have any trouble finding steady work. 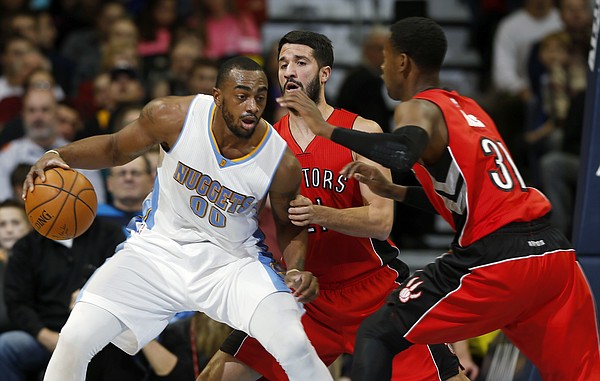 Denver Nuggets forward Darrell Arthur, left, is stopped as he tries to drive to the basket for a shot by Toronto Raptors guards Greivis Vasquez, center, of Venezuela, and Terrence Ross in the first quarter of an NBA basketball game Sunday, Dec. 28, 2014, in Denver. (AP Photo/David Zalubowski)

A 6-foot-9 backup big man, Arthur won’t create a lot of buzz, but The Washington Post’s Neil Greenberg put the former KU standout on his list of “sleeper” free agents. Some advanced stats, cited by The Post, reveal Arthur’s worth:

“The Denver Nuggets were 9.6 points per 100 possessions better defensively this season with Arthur in the lineup,” Greenberg wrote, “ and he held opponents to 0.9 points per play when he was called on to defend in the post.” 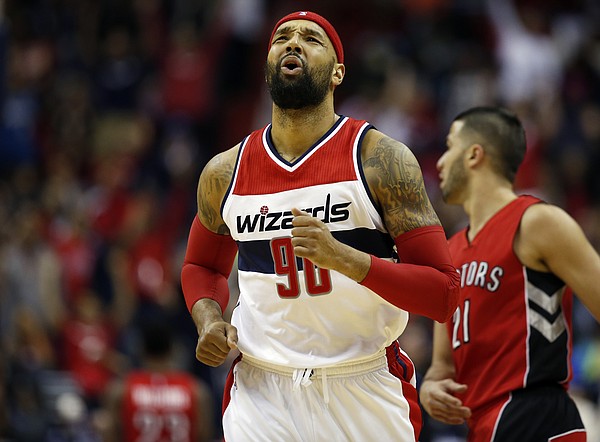 Washington Wizards forward Drew Gooden (90) reacts after a play in the first half of Game 4 of the Eastern Conference semifinal NBA basketball playoff series against the Toronto Raptors, Sunday, April 26, 2015, in Washington. (AP Photo/Alex Brandon)

Gooden has stuck around the league for 13 seasons, so he must be doing something right. The veteran big man reinvented his game to remain relevant and served Washington this past season as a stretch power forward.

Gooden averaged 6.8 points and 5.5 rebounds in the Wizards’ playoff run. According to The Washington Post’s Jorge Castillo, Gooden had a “we’ll see what happens” approach to his free agency.

“I feel like I was a component to help get to where we at right now,” Gooden said. “… Whether I am here or somewhere else, I will continue to get better and fill this role I have taken with the Wizards. I would love for it to be here but if it is not, this is a business and I can swallow that pill, too.” 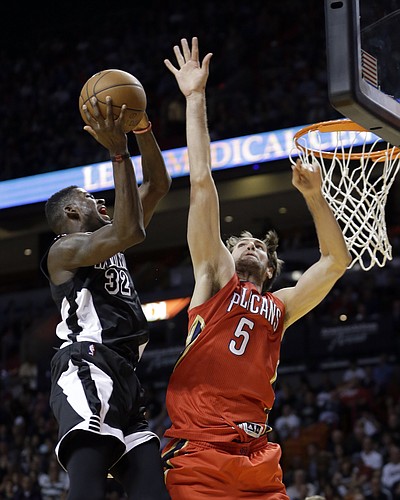 The Pelicans haven’t used Withey much (9.9 career minutes per game) in his two seasons of service, but that doesn’t mean they want to dump him in the offseason.

The Advocate reported New Orleans would extend a one-year, qualifying offer to Withey, a restricted free agent. If Withey doesn’t find an offer from another franchise for more money, the Pelicans will keep him for next season and he’ll become a true free agent — unrestricted — in 2016. They can retain him for $1.1 million next season in that scenario, or match any offer another team comes up with for the seldom used backup center (2.6 points and 1.7 rebounds in 7.0 minutes this past season). 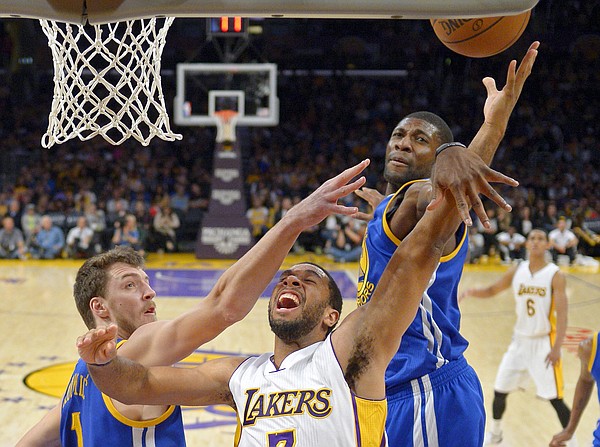 Actually, Henry has been a free agent since last December. After a breakout fourth season in 2013-14 (10 points per game), the young swingman ruptured left achilles this past November, cutting his fifth season short. The Lakers then cut Henry in order to sign another former KU player, Tarik Black.

Henry’s history of injury problems might scare away some organizations, and no one will sign him until he’s back healthy and cleared by a team’s medical personnel. If he can get back healthy, though, and recapture the kind of play he displayed almost two years ago, Henry could emerge as a wild card addition that no one is mentioning at this juncture. Considering all the variables, the offseason uncertainty figures to stretch on for months for Henry.

Here's a news flash to the dumbest professional league in the world, T-Rob can play. Look what happens when you actually play him.

minutes are earned in the NBA. unless he's shown that ability, don't expect teams to put him on the floor. anyone can get points/stats during garbage time.

Trob needs to understand he's no longer in the Big 12 where he's surrounded by much inferior competition.

Any news on Mario or Tarik Black?