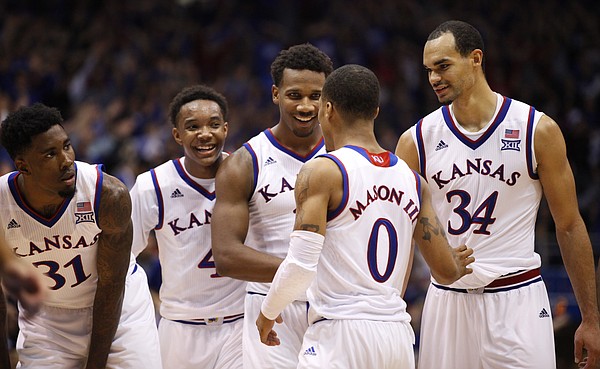 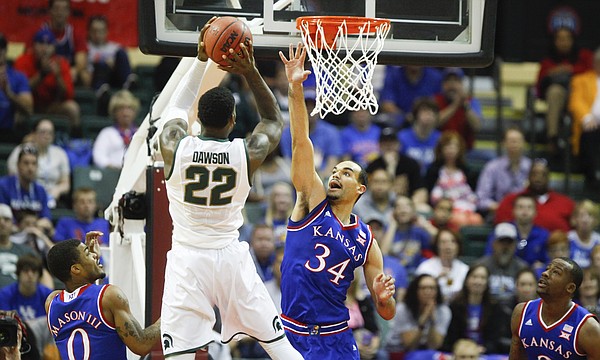 Pretty sad if next year's squad is the best team in college basketball. Going to be some ugly games next year

Yes sir there will be.

Is the Sporting News by chance headquartered in Colorado? Well, they are smoking something. We are in no way the top rated team. Maybe a Top 5. Maybe.

Excellent. See I was going to say the voters must have been from this sites comment section.

How anyone can believe we should be ranked the #1 team right now needs to pump the brakes. Same team, swap out two freshman, a little better than last year and we go from 9 losses to ranked number one? A team who went 8-6 the last 14 games to #1?

I wish I had some of you people as customers, I could retire 5-10 years earlier. Easy, easy money.

I'm not buying it either but the headline did make me look. Optimism won't cost me anything.

We just got jinxed. Given that, I do expect us to have a good, experienced team.

I can handle Sporting News, but we should avoid SI like the plague. lol

There's a lot more diversity in the distribution of the elite recruits the the traditional blue blood are not as reloaded with quality as normal years. Mix in some schools that were pretty good last year that return most of their relevant players and you get a lot of good, but not great teams. I feel like there could be a valid argument made for anyone in the top 8 of this poll to be #1 and the top 8 could basically be interchangeable and it wouldn't look weird.

If you look at Ellis, Traylor, Mickelson, Selden, Mason, Greene and Lucas as relative Greybeards on today's college scene [19 total seasons played between them] and the Newbies, Graham, Svi, Diallo, Bragg and whoever getting, what, 6 to 8 extra games because of the World's, this will be one of the most experienced squads in America.

I'm with Michael and Rodney, however, the OAD process culimnates in some pretty ugly bball this coming season. I mean we're talking coyote and two-bag ugly!!

By the way, guys, that rating system goes both ways. I shudder to think what the ladies really think of us guys since they have to put up with us!!

Most women aren't systematic. And their judgement includes a long look at the heart and mind as well. Given that, you're right. It would be quite deflating for a handful of posters on this site.

I am waiting for the ESPN and SI polls to come out and that won't be until the fall. Right now, not concerned. Besides we are most likely a top 5 team with everyone coming back and the guys we brought in. As long as we show it on the court when the season starts then I don't care if we start ranked #25 because you have to prove where you are ranked by showing up every game and showing them you are the better team.

Yea! Rock Chalk all day and all night!!

We are do for a big year. We have the horses to put down the '16 NC! Ellis is the man headed up to the rafters.

I haven't been as pumped over a Kansas team since the '08 NC guys. The excitement of this year's team will somewhat ease the anticipated pain from our football boys.

I'm excited to see how Perry plays for us this year. I think if he gets help from Diallo and Bragg he could have the season we've been hoping for him to have.

Two ways to look at it.

I obviously hope and think it'll be the latter, but you really don't know. I'm just assuming that Wayne and Svi realize they need to step up if they want to go pro and will put in work this summer. If Mason is our leading scorer at guard again we are in for a frustrating season.

Aaron, I think you hit it right on the head. Right now I see us as definitely Top 10 with a great opportunity to be Final Four caliber. Knock on wood, we need to stay away from injuries and everyone needs to step up their games.

One thing that cannot be overlooked, is the advantage of playing in the World Univ games this summer. The extra practice time and playing several games, including the two exhibitions, will give this team more time to gel and get used to each other. Only downside is because of the international rules of the event, we won't have our full roster (still haven't heard if those guys can at least practice with team or not during this period - Anyone know?). However, plus side of that will give some of the others an opportunity to play and improve their games.

I agree that the early practice and playing times should help the Hawks. Realistically, preseason polls are a waste and a bunch of hooey, based on last year's returning players and the hype of the incoming. I'm optimistic and excited about the new bunch, but they will have to learn Bill's defense, play their roles, and learn to work together, like every new team.

I'm just curious what everyone thinks the starting 5 should be? I like Graham and Mason on the court together. 1. Mason 2. Graham 3. Svi 4. Perry 5. Diallo.

I definitely agree with that lineup. Problem is we know how unlikely it is for Self to actually use a 10 man rotation. He sort of had one going last year, but you can assume if he is going 10 deep, it'll be either really good with 10 players contributing regularly, or bad, with no set rotation and the need for guys 9-10 or even 11 to come in. I also think red shirt senior Mickelson can play his way into the rotation, so Traylor and Lucas will need to step it up, or they could see their minutes diminish.

Plus we may still get 1 more recruit, which will only muddy the waters even more. Either way, the team will be deep, and more experienced this year, so I see no reason, with how other teams' recruiting went, for the Jayhawks to be at least a top 3 team heading into the season.

Love the coaching connection at the top of the list. Great season to see coaching at work with no one having a dominant hand to play.

I have studied it and decided the list is just fine. Rock Chalk