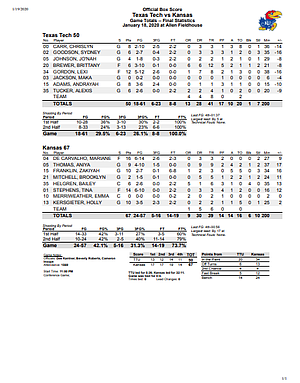 Winning by 17 on the road has got to be a confidence booster for the team. And, having Tina Stephens back made a big difference. Things may be looking up. Congratulations, Jayhawks!

Not sure where I got the idea that this was a road game. It wasn't. Still, nice solid win.

A conference win on the road is a good thing for the team let’s hoping that they can win some more games.