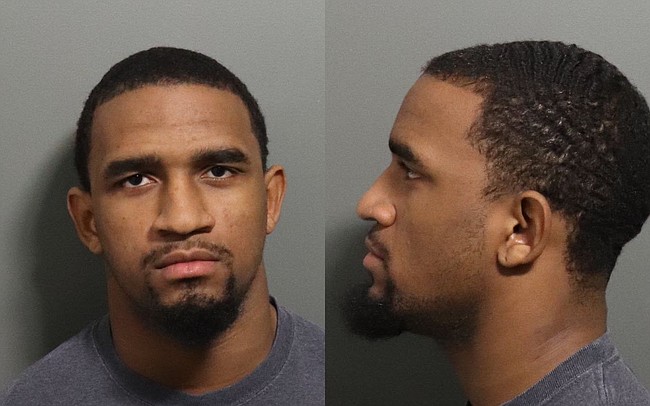 A University of Kansas star football player who was accused of punching a woman in the stomach and grabbing her throat has agreed to steps that could end the criminal case against him.

Williams is required to complete 40 hours of community service by Nov. 30. He must also undergo a domestic violence offender assessment by April 30, and barring additional recommendations from the evaluator, he would have to complete an anger management course by Nov. 30.

Williams is also barred from drinking alcohol or taking recreational drugs and cannot contact the victim in the case for the duration of the 12-month agreement. Along with the agreement, Williams paid a $158 court fee.

Hatem B. Chahine, Williams’ attorney, declined to comment on the agreement Friday.

Chahine previously said the June 3 trial scheduled for the charge would be dropped if an agreement was filed.

“If diversion is approved, and we decide to do it, there won’t be any more court,” Chahine said after a court appearance in January. “It would keep a conviction off his record.”

The charge stemmed from a Dec. 5, 2018, incident in which Williams, 19, whose full name is Anthony Ray Williams, is accused of punching an 18-year-old KU student in the stomach, according to an affidavit.

On Dec. 6, the woman in the case told a KU police officer that Williams punched her in the stomach and grabbed her throat around 12:30 a.m. Dec. 5 when they were at Stouffer Place Apartments, 1835 Ousdahl Road.

During the interview, the officer found that the woman had bruises on her arms and side, according to the affidavit. She also showed the officer text messages from Williams in which he admitted to punching her in the arms.

"We continue to take this matter very seriously," Marchiony said.

Williams is a running back from New Orleans who arguably became the face of the team during his freshman season, in 2018, winning several weekly and seasonlong awards for his performance on the field.

Hope they let him play immediately. Lost to Nicholls St. because he was out.

I hope he completes his diversion requirements, learns from this and plays this fall. Dude is one of the most electric running backs I’ve seen since Kerwin Bell. Absolutely made it fun to watch KU football among all the losses. Let’s go Les!! Bring us back.......Rock Chalk!!

Completing all of the above doesn't mean he'll get reinstated. Miles can still kick him off the team.

True, but it appears Miles is adopting a wait and see attitude. If Pooka can successfully complete his diversion, it looks like he'll remain on the team (which I think is the right thing to do). The opportunity to redeem himself could be a powerful life lesson. If he can't, then he's outa here.

Saw another article that Pooka is still suspended, at least until they complete the school's investigation into the incident. Meanwhile, this article had this quote form the "statement of facts" Pooka was required to make as part of the agreement.

So, since this "statement of facts" is part of the diversion "agreement," does that mean the alleged victim agrees with it and therefore the previously stated "grabbed me by the throat" was false? Given the agreement has to be agreed to by the prosecution, I wonder if that's the case.

I guess there's no video, so we have nothing else to go by.