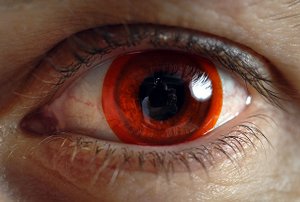 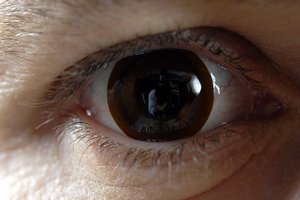 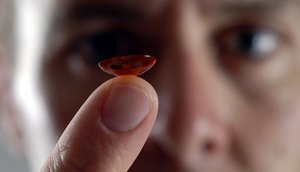 I love my Green once for golf!! they work well

I wonder how much Nike paid to Kusports to add this product!!??

not overnight...but maybe over a couple 6 week cycles!

Although this product doesn't fall into that category, at what point do performance "enhancers" cross the line between "fair" and "unfair?" We continue to make advances in equipment and nutrition and health enhancers for athletes...yet they break records of people that never had any of these technological benefits. Are they really better athletes? When someone hits .400 (if ever) for a season in baseball while wearing these lenses will we say that they were as good (or better) a hitter as Ted Williams?

Every player that does anything extraordinary in sports, particularly baseball is going to be questioned about the legitimacy of their performance. When it comes to hitters getting a better average, they are also facing high 90's fastballs from pitchers who can "enhance" their performance as well. So I think that the better athletes will eventually come out on top, you can't turn a lifetime A ball player into Ted Williams overnight.

Did she not just list two benefits of wearing the lenses? 1) Sharper and brighter on cloudy days 2) track fly balls better when they are toward the sun. Oh well, they do sound like they may be beneficial and really no different than wearing sunglasses ... without the glasses. Which is nice.

mw, I see your point but perhaps what she was saying was that there was no actual performance benefit. She saw the ball better, but she felt she would've gotten to the ball regardless. Basically, the law of diminishing returns..... imagine reading a book... and doing so successfully... and someone hands you a magnifying glass.... so now the letters are so sharp and so big.... are you going to necessarily read better?

(it looks like LJworld took my question and turned it into a question on the street!)