In Part I , I listed every game in which a KU player scored 30 or more points. In all, it has been accomplished 184 times by 49 different players.

Here's a list of the players and the number of times they scored 30 or more points.

Wilt Chamberlain played in only 48 games at KU, yet managed to top 30 points 30 times, including the first four games he played. In two of his 30+ point games he also had 30+ rebounds (Northwestern December 3, 1956 and Iowa State February 15, 1958). Chamberlain's career totals included six games of 40 or more points, 46 double-doubles, and 302 blocked shots. 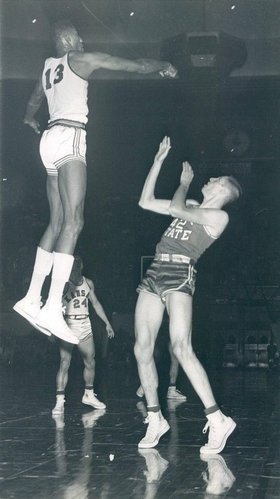 Wilt Chamberlain is high man with 30 games of 30+ points. by 5yardfuller

Danny, 31 On A Monday In April

Danny Manning's 22 games of 30 or more points included a 31 point performance in the 1988 national championship game. Manning is the only Jayhawk to score 30 points while wearing yellow. When KU played Western Carolina in Cullowhee in December 1987, Larry Brown had the team wear yellow uniforms. Despite Manning's output, coach Brown was critical of the team's play and the yellow outfits were never worn again.

In the month of March, 1952, KU played nine games, winning all nine and in the process claiming the NCAA championship and the right to put 7 players on the US Olympic team. Clyde Lovellette scored at least 30 points in eight of those games, including seven games in a row (three times he was over 40 points). The one game he didn't break 30, he scored 29. 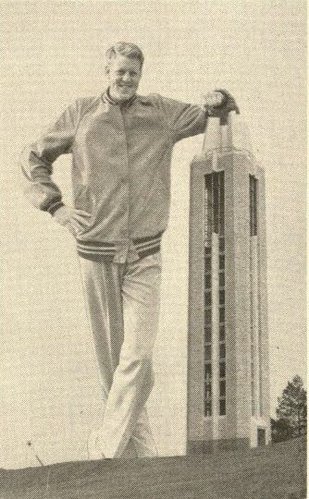 This season, Elijah Johnson and Ben McLemore became the first KU teammates to ever score 30+ points in successive games. It's also the 12th season in which two or more players scored 30+.

Opponents that have suffered the most Jayhawk 30+ games,

The most points scored by a KU player in a loss? Dave Robisch scored 39 points at Iowa State in 1970, but the Cyclones, led by Bill Cain's 30 points and 20 rebounds, won the game.

The first to put up 30 for KU? Ralph Sproull scored 40 points against league foe Washington University in 1913. "Lefty" also had a 30 point game against Missouri in 1915.

Going Out With A Bang

Four KU players have scored 30 or more points in their final game.