'Right at it' for par on a fun, challenging par 3 at Falcon Ridge 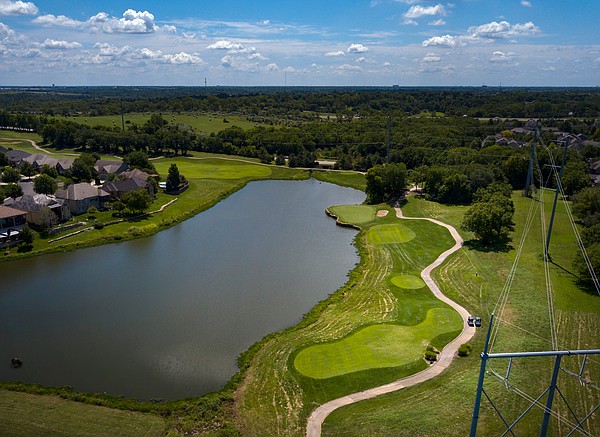 Fair, fun and a little nerve-racking.

That’s how I would describe the 16th hole at Falcon Ridge Golf Course, a par 3 that sits right on the water and tests your ability to hit a precise iron shot from a variety of distances.

Three of the four tees on this hole actually make it quite a bit easier, giving you the comfort of having your line of sight include mostly green grass and a straight look at the green ahead.

But, naturally, since this Tee Off with Tait promotion is supposed to be a challenge, the fourth set of tees, all the way in the back, change the view just enough to make things interesting.

From the championship tees, which play roughly 161 yards on a calm day, you’re asked to take your tee shot over the water that protects the left side of the green. It’s not a lot. And it really shouldn’t be much of a factor at all. But it’s there just enough to make you think about it.

On the day I played it, I had the added pressure of having an assistant general manager at Falcon Ridge watching over my shoulder as I teed off. Evidently that was good news. With the wind in my face just a little, I clubbed a 5 iron toward the flag in the front of the green and immediately heard the following words as the ball flew through the air: “Right at it.”

It was. And it landed 10 feet past the hole, giving me an easy look at birdie and a feeling of pride that I didn’t totally embarrass myself in front of one of the course’s executives. 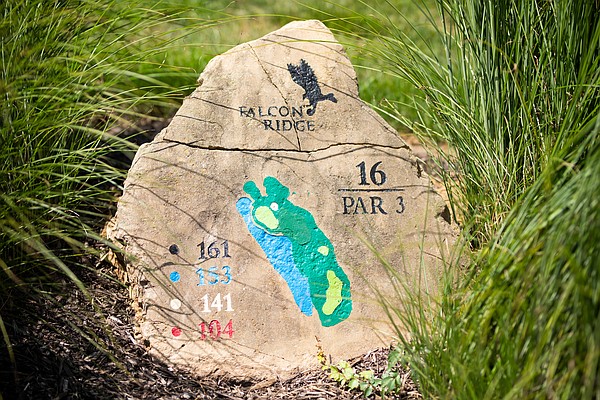 My ball mark on the green actually hit about two feet short of the cup, making me feel even better about the tee shot that I already liked to begin with.

I gave my putt a good run but never really thought it was going in. I missed it just on the right side and had an easy tap-in for par.

This hole is a blast because of the layout. It gives you that feeling of playing one of those island greens but without all of the stress that often comes with those.

So if you’re going to miss the green on this one, missing right — anywhere right! — is definitely the way to go. There is trouble over there, with a bunker just off of the green and the terrain sloping up the farther you get away from the green. So playing it from the right side and trying to keep it on the green with the water looming behind it would not exactly be your favorite day at the office. But it’s better than the penalty stroke for going in the drink and it at least gives you a chance to get up and down for par.

Fortunately for me, I hit the green and made the hole as easy as I could make it for another par in my Tee Off with Tait challenge.

On my way home from the course, I was talking to our editor, Chad Lawhorn, on the phone and told him how incredibly lucky I had been to hit such good shots on all of these holes I’ve been playing.

His response: “Maybe you should just tell yourself your score’s going in print every time you play golf and see what that does to your game.”

Not a bad idea.

All in all, this was a great, fair hole on a gorgeous course and one that, once again, really tests your ability to hit precise shots and hit it where you’re aiming. If you can land it on the large, flat green, you’re going to be fine and the worst you’ll do here is bogey.

If not, you could be in for a memorable adventure that you might not necessarily want to relive anytime soon.

That’s golf, though. And you’ve gotta love it.

For more on the holes that surround at No. 16 at Falcon Ridge, check out their website or just take a trip out there to see this beauty for yourself. And tell ’em Tait sent ya. 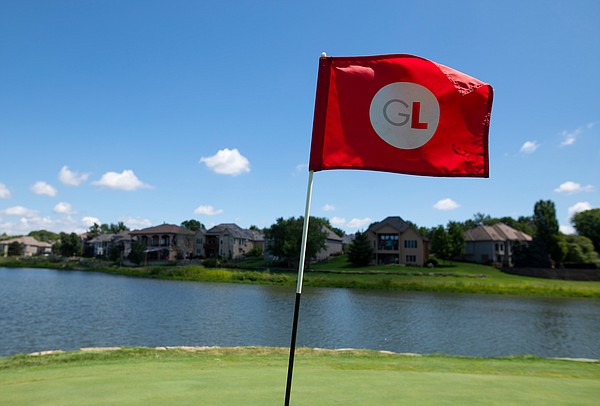 Be sure to enter this week to win a free round of golf at Falcon Ridge Golf Course.

Last week's winner of a round of golf, with cart, at Prairie Highlands was Jason Ingersoll. Congratulations!