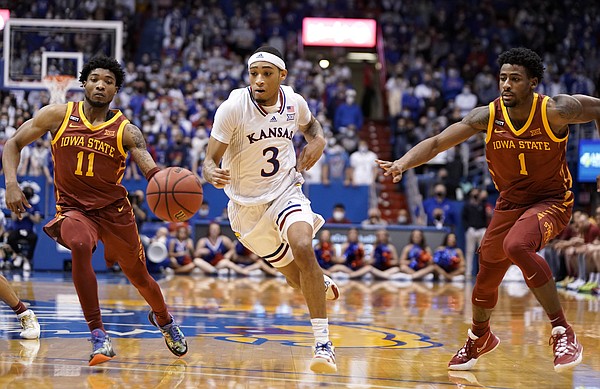 Sunday marked the final day that college athletes could officially enter the transfer portal in order to change teams for the 2022-23 season.

But don’t be fooled by that timeline.

The deadline of 11:59 p.m. on Sunday was for written notice to be turned in by a student-athlete to his or her current compliance office.

That office, however, still has 48 hours to officially execute the task of entering that player into the transfer portal, therein making it known to coaches across the country that they are looking for a new home.

That means, just because we haven’t heard about Player X entering the transfer portal yet does not mean that he or she hasn’t.

Wednesday is the day we’ll know who’s in and who’s out for sure. And while that will surely make things easier for coaches and programs across all sports who are trying to build their rosters, it does not necessarily mean things will get any less chaotic.

There are enough players in the portal to date to make keeping track of the movement in the weeks and months ahead a full-time job.

In the college basketball world, the next month will be the biggest period of time for that, with many early-entry type players trying to determine whether they have a path to the NBA before returning to school.

Those players have until June 1 to withdraw their names from the 2022 NBA draft pool if they want to return to school.

Between now and then, the NBA will host its annual pre-draft combine in Chicago, slated for May 16-22.

Invitations should be going out soon, and that alone could do a lot for a handful of players who are hoping to make the jump.

History has shown that players who do not receive a combine invite typically are not headed toward getting drafted.

Although Kansas has seen a couple of players declare for the draft as early-entry prospects, no one from the KU men's basketball program has yet entered the transfer portal.

The KU women's program, Kansas football and other KU programs have either lost athletes to the portal or looked to the portal to see about adding to their rosters.

KUsports.com will stay in touch with whatever portal movement might impact Kansas.

It would seem hard for any player to leave after winning a NC, especially with the potential for so many players moving on.

CBB is definitely a perimeter/guard oriented game, but having someone in the middle can be pivotal. It was the reason unc got their big lead in the first half. I hope Cam has a spectacular year coming, but at this point the 5 is the only place where we don’t have established performers; just a hope on potential.

In other news, I saw a tweet that indicated we were in the top 25 (24) for NIL; one spot ahead of ucla, but behind ucf. Also, essentially the only school without a FB influence. Only behind the defectors wrt the Big12, which is probably more ominous for the conference than KU.