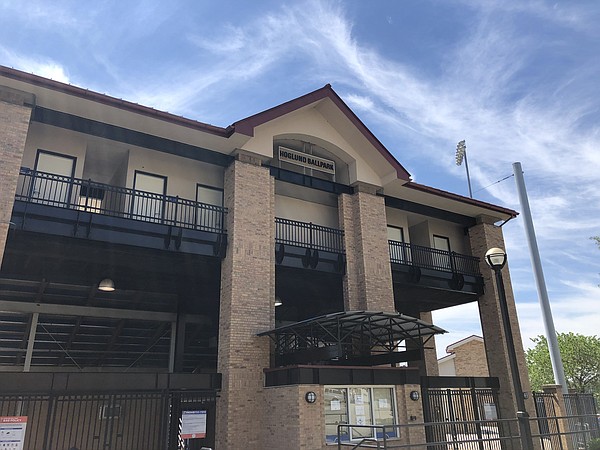 The Kansas baseball coaching search continues to make its way toward a resolution, but, as of Monday afternoon, sources told the Journal-World that no finalists had been formally identified and the timeline for a hire remained up in the air.

After several Zoom interviews last week, the long list of applicants has been cut down to a more manageable number and it appears as if KU’s internal search committee is now preparing to invite candidates to campus for in-person interviews.

Those are expected to begin this week, and sources with knowledge of the search told the Journal-World that the goal remains to have a new coach in place well ahead of the July 1 transfer portal deadline for spring sports athletes.

While going through the process of hiring Kansas football coach Lance Leipold in the spring of 2021, KU Athletic Director Travis Goff showed his ability to manage that type of timeline. He knew then that he needed to get a new football coach hired as quickly as possible to ensure that the program entered summer workouts on solid footing. There’s no reason to think that Goff won’t follow a similar path here, therein giving KU’s new baseball coach at least a week — if not longer — to work through whatever transfer portal efforts are needed, be it with returning players or new talent.

With NCAA regionals, super regionals and the upcoming College World Series taking place throughout the search thus far, it has not been lost on anyone on either side how important the Zoom element has been in the hiring process.

With that said, it seems as if there still no substitute for face-to-face interviews, which significantly benefit both parties.

The only new names that landed on my radar during the past few days are KU pitching coach Ryan Graves, who did receive a formal interview, and Ole Miss assistant coach Mike Clement.

I can’t see Graves getting the job, but he absolutely deserved the chance to interview for it. Clement is another quality candidate, but he is most interesting because a couple of sources told me they wondered about Clement because of the timing, with Ole Miss scheduled to play in the College World Series, which opens Friday in Omaha, Nebraska.

The other names on the list are names that have been there from the beginning. A couple of different sources said Monday that they got the feeling that Goff and company are prioritizing hiring someone with head coaching experience. The more I’ve talked to people and the more I’ve compared this to Leipold — a veteran with a reputation as a program builder — the more that makes sense.

I haven't heard whether anyone involved in the search feels strongly about one candidate over another, but, with head coaching jobs open at Baylor, Clemson, Florida State, Ohio State and USC, KU landing a sitting head coach from that list would be a nod to the way the search was conducted and demonstrate the value KU, as a whole, carries on the national stage.

That’s not to say assistants like Nate Thompson (Arkansas) and Justin Seely (Oklahoma State) are out of it, but the guess here is that the job will go to a head coach and I still think the end of the week is realistic for some kind of announcement.

People familiar with KU’s search, even before the Zoom interviews began, said it was clear that the search committee had done enough research and vetting on the front end — another shared trait of the search to find Leipold — to be able to move quickly when it reached this point in the search.

Don’t overlook Omaha’s close proximity to Lawrence, should KU officials need to make a quick trip up there. And don’t think for a second that announcing the hire just before or during the College World Series wouldn’t be good for business. Talk about maximizing your exposure.